Heroes of Camelot is set in a fantasy version of Athurian England where the evil Queen Morgana and the dread Black Knight seek to conquer Camelot with their undead minions and claim ultimate power over the land. As the hero chosen by Merlin and Arthur to halt the evil duo’s nefarious scheme, you must explore a land teeming with mythological creatures and characters, including druids, unicorns and of course dragons. The game fuses the collectible battle card genre with RPG elements to create a portable gaming experience that is ambitious and occasionally intriguing, but which ultimately disappoints.

The core of the game is built around collecting cards depicting warriors, mages and the like and combining them into teams to defeat the myriad beasts that inhabit the troubled land. Cards are gained and added to your team as you explore and as is typical in games of this type, each card has a wide range of attacks or supporting abilities, which can be used to bolster health or deal devastating amounts of damage. Cards can be upgraded and combined to increase abilities and by strategically selecting combinations of cards, unique powers can be unlocked which will aid you immeasurably in your quest and it is this depth of possibility which is perhaps the game’s greatest strength, as there are hundreds of cards to discover.

However, this is undermined by both the exploration and the combat systems, which lack flexibility, choice and interaction. Progress through the world is strictly linear, as you simply follow a path through static landscapes with no opportunities for real exploration, with many uneventful moments amongst the treasure collecting and engaging in combat with the various enemies that block your way, including the usual end of stage bosses. However, it is this combat which provides the greatest weakness. Although there is some strategy to be had in choosing your team of cards, the player has no control over which moves are used, and which are instead selected automatically by the AI. This is frustrating and it turns fights into experiences lacking tension and excitement, where it is best to hit the ‘skip’ button to allow for continuing progress.

Visually, the environments and characters are rendered well enough, with pleasing, if fairly typical fantasy designs for the myriad fighters, mages and monsters, and atmospheric landscapes including rocky valleys, dense and foreboding forests, and mist shrouded marshes. These are however, largely static with very limited animation. The sound design is similarly minimal, with only a few effects to provide distraction, although the music is quite distinctive and suitably stirring, strongly evoking a period of mystery and magic. Narrative-wise, the game makes heavy use of fantasy clichés with its traditional tale of good versus evil and the world is populated by characters whose dialogue falls on the wrong side of absurd all too often.

Extra features include a shop where you can purchase potions and other items, and the ability to sell unwanted cards (but sadly no opportunity to trade with other players) while further interest is provided by live player versus player battles, which are available once you have progressed far enough in the story and which allow you to show off your best combos to friends and strangers alike. There is also a live chat system, which potentially allows for easy communication of strategies and tactics and the posing of questions, but which sadly seems to already be populated by those characters all-too-common to forums everywhere, trolls and spammers, and is best avoided.

So, if you are an avid fan of card collecting games, then there may be something to appeal to you here, with a significant number of cards and combos to discover, and with some pleasure to be gained from completing your collection. The PvP arena battles add longevity for those with more competitive interests, but ultimately the game is let down by its weak exploration and combat, which only leave the player feeling frustrated and wanting more. Heroes of Camelot is available now for free on the App Store. 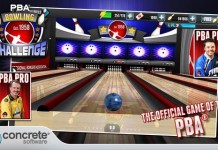