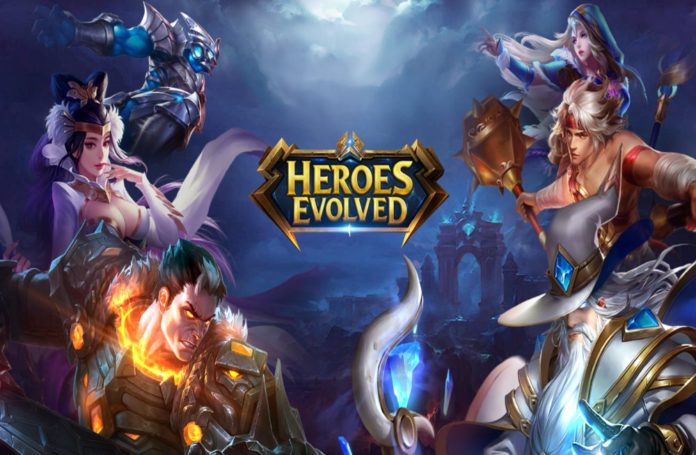 I didn’t really believe that MOBAs can actually be good on mobile. It’s pretty difficult to control your characters, the gameplay is limited, the processing power doesn’t allow for eye candy visuals… you simply can’t get it done! Fortunately, R2Games decided to prove me wrong with Heroes Evolved – one of the best mobile MOBAs I have ever played.

I have to admit that as soon as I saw the female characters in the game, I though that this is going to be one of those games that tries to catch they eye of praying males by throwing at them beautiful female work art, but deliver nothing in terms of gameplay and experience.

I was pleasantly surprised to see that’s not the case. The beautiful ladies and all their costumes? An added bonus for sure, at least for the male population of the game – which I believe is pretty large. But we do have quality!

Because beautiful ladies aside, Heroes Evolved throws at us massive 5-versus-5 battles on pretty large arenas that are well thought and designed. There is a very active player base in the game and matches are set up almost instantly, which is always a bonus in this type of game.

You have everything you could expect for in a MOBA game during your battle: multiple lanes to choose from in order to attack the opponent’s towers, minions that rush forward and lend a hand in battle (although they usually are just living shields – which is totally fine), various skills and upgrades and items to purchase during the battle in order to enhance your own skills and get better at eliminating foes. A truly complex and complete experience. 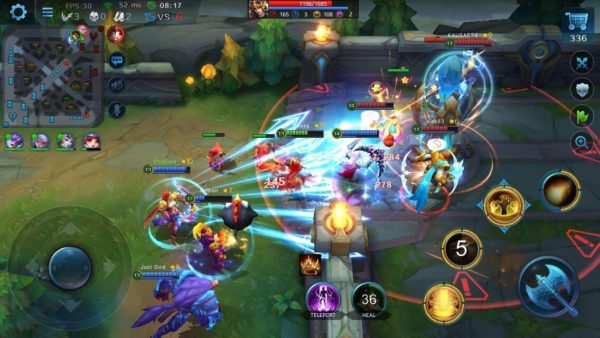 I personally found the gameplay to be extremely balanced, yet intense. This is one of the few games where I manage to stay alive longer than most (playing a ranged unit helps, that’s true!) and I believe that with a bit of strategy you can get really far in Heroes Evolved.

Its developers have managed to make the controls work so well on mobile that it’s almost unbelievable. You control your character using a virtual joystick, like in many other games, with various other items on the right side, waiting to be tapped and activated. Everything works smoothly for some reason and I never had any reason to complain about the controls. This is how every game out there should do it in order to give mobile MOBAs a chance! 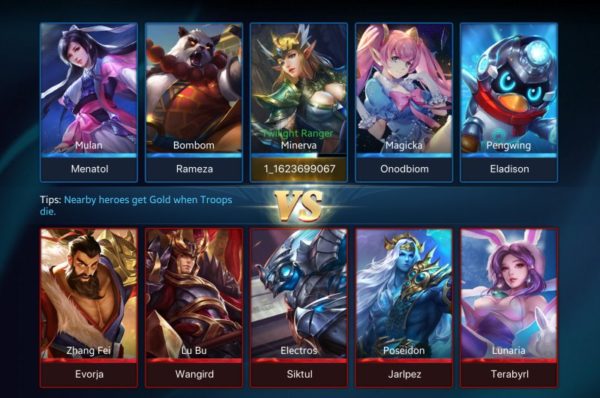 In terms of content and options for fellow players, there’s a ton to choose from. Tons of heroes (with additional ones added regularly and even more skins to customize them furhter) which are perfect for any play style. I still believe that the ranged ones are a bit overpowered and have a slight advantage over everything else, but don’t they do in most games out there?

You do have to invest a lot of time (or money) in order to unlock everything, but the good news is that you don’t really need everything. You just need several heroes that are really good and that you’ll master – the rest don’t even matter! They are beautiful and balanced, for sure, but there’s no reason to unlock the melee ones if you only play mage. So all the complaints about the game going a bit too hard on the “pay to win” scheme are not really true, in my opinion.

Heroes Evolved looks amazing from the welcome screen to the end of the battle. It’s not just the artwork for the heroes that is well done, but the actual action on the battlefield looks good and flows flawlessly, with crisp colors and attention paid to detail. I played the game on an iPad – so the larger screen definitely helps. Things might be a bit more difficult to follow on a smartphone – so by all means, play this game on a device with a display as large as possible! 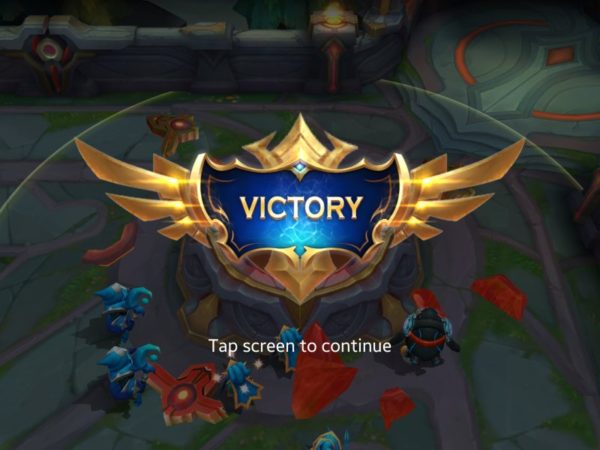 I really believe that what we have here is mobile eSport material. The community seems to be here and active, the number of heroes available in the game allow for a plethora of strategies and choices, the battles themselves are brilliant… everything works as it should be, surprisingly.

Just have in mind that you have to be a pretty dedicated player and make sure that you have enough time to invest in a battle after starting it: there is no time limit, like in most mobile MOBA games out there, so very balanced fights can take 15 minutes and even much longer. This is how games should be, though, so I don’t consider this a con. Quite the opposite, actually, since the time limits that regular mobile MOBAs throw at us allow for some suicidal, short term strategies to work. In Heroes Evolved, you need to be constantly good in order to perform well.

All in all, I loved Heroes Evolved and I would recommend it to every person who owns a smartphone or tablet. It’s perfect for casual players, as well as dedicated gamers and I am sure both categories will love this just as much as I do. Give it a try now!