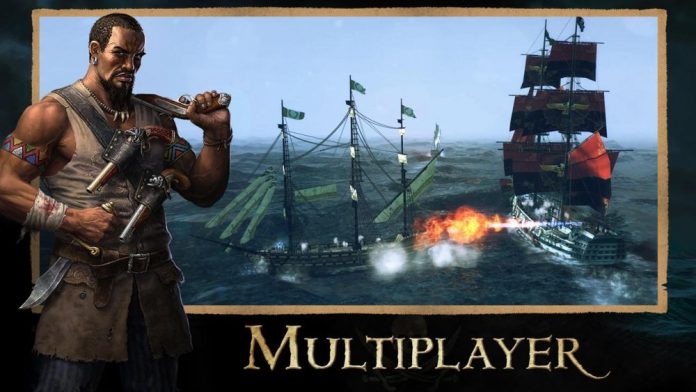 Ar! Everybody loves some pirate action nowadays, especially with the upcoming release of the Pirates of the Caribbean movie and HeroCraft plans to offer us a bit of their take on the action with the release of Tempest: Pirate Action, an upcoming premium RPG for mobile. And by the looks of it, it’s a real treat for the senses and especially for our eyes.

Tempest: Pirate Action RPG focuses mainly on one important element in a pirate’s life: sea battles! There’s already some experience behind it as the game was originally launched for PC in mid-2016. The mobile version will surely open up the doors to more pirate-wannabes to take on the seas and try to rule them with their iron fist. Or wooden leg. Whatever.

Here are the key features of the upcoming game:
– Roam freely a vast world set across three open regions
– Create and customize your own pirate ship
– Hire a crew and train them to become the most fearsome cutthroats!
– Attack, board and capture other vessels – both heavily armed enemy galleons and treasure-laden merchant ships
– Storm land fortresses to plunder their treasures
– Discover ancient artifacts and unleash its powerful magic
– Face mythical sea creatures like the fearsome Kraken
– Enjoy more than 100 single-player quests…
– …or terrorize the high seas in the co-op and PvP multiplayer modes!

The game is pure eye candy to say the least – and you can check out some gameplay footage in the trailer below:

Herocraft’s Tempest: Pirate Action RPG is scheduled for release on Android and iOS on April 18th and it will be a premium game priced at $7,99. Android device owners can also take advantage of an introductory offer and buy a spot into the Beta on Google Play until April 11 for just $0.99.

So keep an eye on this one, it looks like a really great title for those who are tired of freemium games on mobile.