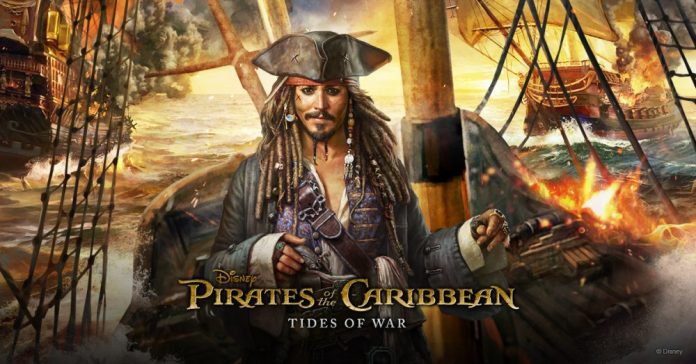 The upcoming Pirates of the Caribbean: Tides of War is developed by JoyCity who already have a series of great games under their belt: Gunship Battle, Eldrian Legacy but also the similarly-themed Oceans & Empires. So if you like that type of MMORPG where you collect resources, build your empire and battle other players, I believe you’re in for a treat!

Although we don’t have a lot of actual details from the developers, we do know that the game will feature familiar characters from the Pirates of the Caribbean movies, including “Jack Sparrow,” “Captain Barbossa” and “Will Turner.”

Also, judging from the screenshots released on the upcoming game’s official page, we can safely say that we’re indeed going to get a strategy MMO similar to Oceans & Empires – but with better graphics and hopefully some new gameplay mechanics. Even without them, I am sure it will still be fun to build, plunder, create alliances and fight other players for control over the seas and land. And rum. Hopefully rum, too.

If you want to be among the first playing the game, you can pre-register on the official page of Pirates of the Caribbean: Tides of War. If you do so, you will not only be notified when the game launches, but you will also earn some nice in-game rewards that will help you progress a lot faster than the rest. So make sure you do so, even though there’s a bit of waiting involved as well since the game will only launch sometime in May, probably towards the end of the month to coincide with the launch of the movie.