The massive webcomic crossover RPG is finally here! Hero Cantare is a turn-based RPG based on comics and characters from LINE Webtoon, a popular online comic platform in South Korea. If you are a fan of any popular comics on that site, then you will probably recognize some characters in this game as they join forces to defeat a common enemy!

In our Hero Cantare tips and tricks guide, we will have some basic beginner’s tips for you to start your adventure.

We will tell you about hero composition and how to get the most out of your heroes, so let’s get started with our Hero Cantare cheats, tips and tricks strategy guide to start building your team!

To celebrate Hero Cantare’s official launch worldwide, the developers have released a special code that you can redeem for 500,000 gold and 500 diamonds, one of the premium currencies of the game.

Simply go to settings (the cog at the top right corner of the main menu), then Account Settings, then Redemption Code.

And you will earn your prize. The Redemption Code button only appears if you are playing the game on an Android device; unfortunately due to Apple’s restrictions on redemption codes, iOS players will not be able to redeem this code. We do not know when this code will expire, so use it as soon as possible!

Battle play out in a turn-based fashion in Hero Cantare. When it is your turn, you will be assigned mana and a random order of hero blocks.

In each slot you can assign blocks, and you can even stack hero blocks to create combos which activate specific skills depending on the amount of blocks you use.

You can also enable auto battle at the top right corner of the screen, and this is pretty much recommend for a majority of the battles you need to fight.

Auto battle will automatically create the longest combos with the blocks that you get, so you are always using your highest combos which are generally the best.

However, there will be instances where you will want to use a lower combo. For example, some healers have different heals for their level 2 combo, and their level 3 combo may end up being an attack or something.

In these cases you can either take manual control and combo yourself, or you can open the skills menu at the top right and you can disable the auto battle from using certain skills.

This also goes for when you want to control mana and if you want specific heroes to attack more often than others. Tweak the skill settings to see what fits the best for your team!

For the early portions of the game, your formation does not really matter too much. Your heroes will attack the front row of enemies no matter where they are positioned.

The one thing you need to know is that heroes in the front row are generally targeted first before anything, so you will want to put heroes with higher HP and defense in the front.

When you get farther in the story mode, then formation will start to be more important. The wrong hero in the front row can get destroyed very quickly, so be careful!

Heroes can be enhanced in a number of ways, with the most obvious way being level ups.

Heroes do not gain experience on their own – they must be manually leveled up using gold and level-up materials, the rainbow-colored rocks you get from completing story levels.

Generally you want your team to be a few levels higher than the enemies.

Next, you will want to increase your heroes’ stars. This can be done using elemental shards and memory stones.

Elemental shards can be found in different adventure levels, and they can be farmed for in the world dungeons.

Memory stones, however, are much harder to get, so make sure to choose who you want power up before you commit. We recommend only increasing the rarity of SS heroes.

Each hero has eight equipment slots: a weapon, armor, boots, gloves, two artifacts, accessory, and a subweapon. For the most part you can get by with just using the auto equip function, which brings up a list of different stats you want to focus on.

You can outfit a hero in gear that will increase their damage, vitality, protection, resistance, and so forth.

You should try to pick gear that amplifies the hero’s core strengths – for example a tanky hero would do well with protection and resistance sets, while a damage focused hero can perform well with the damage and bloodsucking sets.

Artifacts are special pieces of equipment that grant stat boosts like the other pieces, but you must craft them first in the forge. You can also find artifacts as rare drops in certain missions.

All pieces of gear can be upgraded, provided you have multiple duplicates of the same piece of gear. You do not have to bother with upgrading common rarity gear, but as you get rarer gear you can start combining them.

In addition to this, all heroes have two slots for something called Relics. Relics are special cards that contain some kind of artwork on them, and they provide heroes with special stat boosts.

To equip them, a hero must first unlock the relic slot in their awakening tree, explained below.

Perhaps the most expensive but strongest form of powering up your heroes is awakening. To awaken a hero, go to their info page and tap the Awake tab. This will bring you to the hero’s awakening tree.

The center node will be activated, and to activate an adjacent node you must pay with memory stones. Each node on the awakening tree will grant the hero a stat boost, unlock a new skill, or unlock an exclusive relic and the slot for them.

Awakening heroes is extremely expensive and should only be performed on SS heroes to get the most out of it.

Try to plan out your route – activating all of the nodes on just a SINGLE hero is a very lengthy process, so try to aim for one end of the tree and grab all the stat boosts you want in the mean time. Important nodes to go for are skill unlocks and relic unlocks.

At the main menu, you can check out the Relay Missions, six different sets of missions designed to help new players get into the flow of things.

You will complete most of them naturally as you progress through the game, but you will need to consult it to complete specific objectives from time to time.

You get a variety of rewards for completing each mission in the sets, so we highly recommend you focus on clearing as many of these as you can.

If you manage to complete all six sets, you will be rewarded with a special version of Bam – Black March Bam.

He is considered to be one of the best heroes in the game as of now, so getting him should be a priority! Make sure to also read our reroll guide for other great SS characters that you should aim to get early on in the game!

The Dimensional Crack is an event-type where you can fight powerful enemies in waves.

There are six cracks in total, and each crack has a limited amount of entries. When you clear these cracks, you can earn elemental shards that are needed for leveling your heroes.

The Hero Crack is what you really want – you can earn memory shards for completing it!

The Dimension Gap plays out like a normal level with one twist – your party’s HP is not recovered between battles, and if a hero goes down, they stay down until your current run is over.

You earn points as you win battles, and the more points you have at the end of the run the better rewards, memory shards included.

In order to perform any kinds of changes to your team composition, you will need to give up few points, so make sure to consider your enemies.

The Dimension Gap has multiple difficulties, and the higher difficulties can only be selected if your account is high enough level. Come back later to tackle the harder difficulties so that you can get better rewards.

That’s all for our Hero Cantare guide for beginners! If you have any other tips or tricks to share, let us know in the comments below! 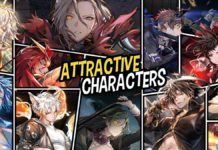 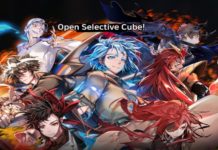