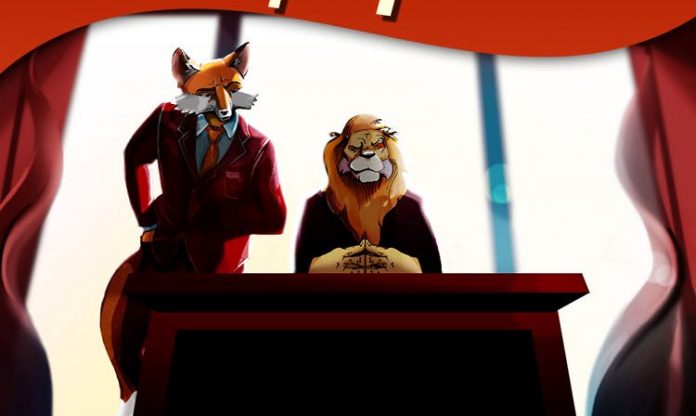 With all the craze surrounding the upcoming elections, there’s no surprise we’re getting more and more games related to politics. Head of State comes with a slightly different and zany approach to the entire process, challenging us with the difficult task of taking over the country using whatever means are necessary and abolishing that useless democracy. It’ll be a challenge since you will still need the support of your people, but the truth is that you will love the whole thing.

On many occasions while playing Head of State, I felt like a Trump-wannabe. I kept promising that I’ll make the fictional country of Concordia great again, and in order to get there I had to demand that immigrants take Citizenship Tests before being admitted here, actually set immigration quotas and eventually building up a wall so that they no longer flood our great country. Fortunately, this approach usually resulted in me losing the elections and the game, which hopefully means that there’s still a chance for it to happen in real life. 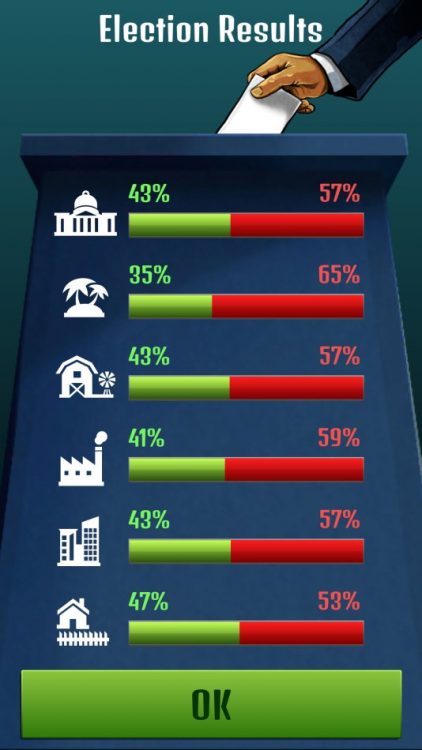 But back to Head of State! You will spend most of your time looking at the map of Concordia and collecting influence points from there which you will later use to adopt social policies or improve the control you have over the population and opposition. Concordia is made up of 5 states, each with its own preferences in terms of policies – so there’s a bit of micro-management and planning involved as well. It’s true that Low Taxes might sound good for everybody, but if one state would rather have free education, you might want to choose a different path.

Because you usually can’t jump straight to adopting a policy unless you have unlocked a few others, and you should really focus on giving the people in each of the 5 states the policies they want if you want their support. Therefore, you will have to plan ahead: which policies are easier to get to first and which will give you a bigger advantage if you unlock them first. To get back to the previous example, even though a state would prefer Free Education, going for Low Taxes first might give you an overall higher bonus and better gains in the long run. In other words, things are not that easy and you will always have to look at the big picture and plan your moves carefully.

To make things even more interesting, there are also a bunch of random events that take place during each playthough, one of which will always be a wild card at the end (but you won’t know which) – so each choice you make there will weight a lot when you decide to go for the revolution.


The whole game is extremely complex, but still surprisingly easy to play. The more you play, the better you get at it but even then you’ll be challenged. You also have three difficulty modes so that you can always up the challenge and enough diversity each time you play to keep things entertaining.

All in all, Head of State is a surprisingly good game that you really have to play. There’s not a lot in terms of fancy graphics or eye-candy explosions, but the game doesn’t need that. It’s a fun, fast paced strategy game with high replay value which lets you be the horrible leader you always, secretly, wanted to be. And hopefully it’s the only place where Trump-like policies and politics will have a chance at winning elections. 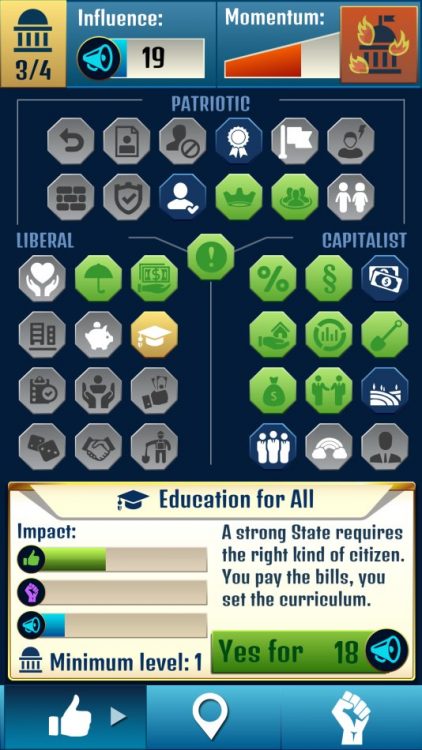 If you’d like to give this game a try, download it on the App Store if you own an iOS-powered device or on Google Play if you plan on playing it on Android. And have fun!