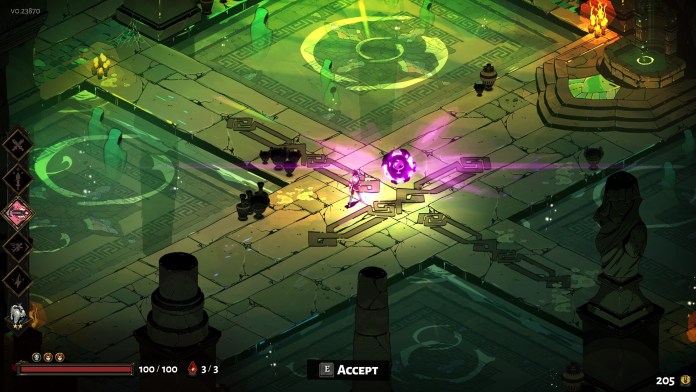 Hades has only just released on Nintendo Switch, but the game is proving to be incredibly popular, as its roguelike experience is just perfect for on-the-go-gaming.

Despite being a mostly bug-free release, Hades does come with some issues that are preventing players from enjoying the game to the fullest. Some of these issues have now been fixed, thankfully.

The first Hades update fixes an issue where save data is not loading properly. The update also introduces other minor fixes and improvements, as confirmed by Supergiant Games on Twitter.

The good news for Hades don’t end here today. Supergiant Games has also confirmed a few hours ago that cross-save features are coming soon to the game.

Hades has been in Early Access on Steam since December 2018, and finally released as a full game on September 17th. All the hard work from the developer paid off, as Zagreus’ journey to escape the Underworld to reach Mount Olympus is incredibly engaging, thanks to the high-speed combat and well crafted roguelike features.

Hades is now available on Nintendo Switch and PC worldwide.