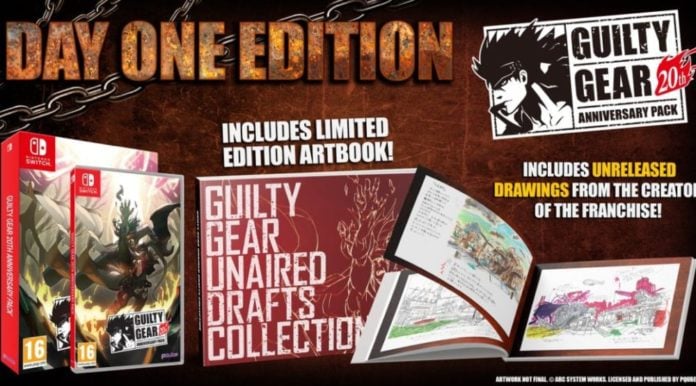 Arc System Works made its debut on Nintendo Switch with Dragon Ball FighterZ, and it seems like the game was successful enough to make the developer work on the Guilty Gear 20th Anniversary Pack, which has now received a release date.

It’s now been announced officially that Guilty Gear 20th Anniversary Pack will be released on May 16th in Europe and Asia. There are currently no plans to release the pack in North America. 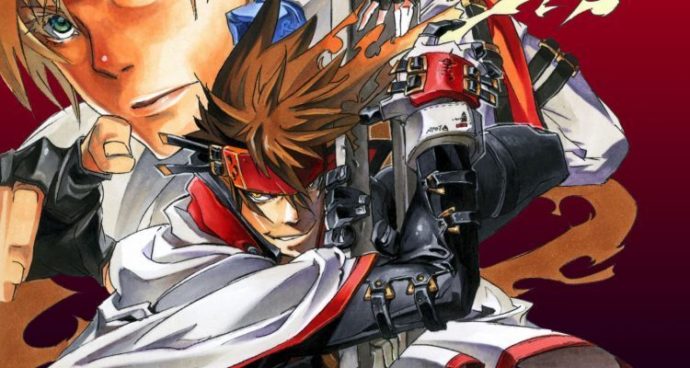 Guilty Gear artist’s design multi-pouch – A multi-purpose pouch specially designed from the ground up with the main character, Sol, as the base motif. Uses his symbolic leather as the main material, and decorated with belt parts. Made under the strict supervision of Daisuke Ishiwatari, and finished with a ROCK design.

Guilty Gear Unaired Drafts Collection – In celebration of 20 years of the Guilty Gear series, we have compiled together the finest selection of artwork never published before, spanning from Guilty Gear through Guilty Gear XX Accent Core Plus R! Maybe you might even find resemblances in some of the newer characters in Guilty Gear Xrd…?

The Guilty Gear 20th Anniversary Pack launches on May 16th on Nintendo Switch.