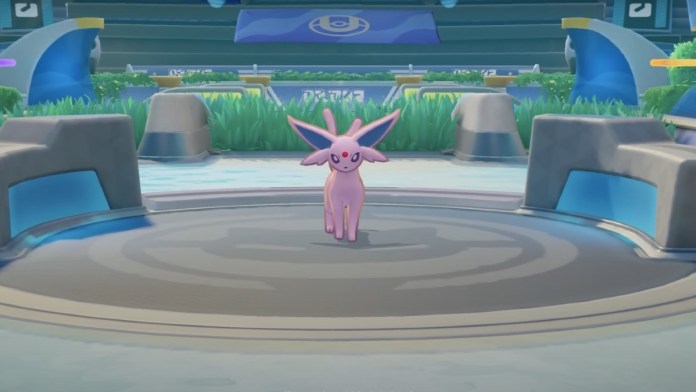 Espeon is the latest addition to the Eeveelutions featured in Pokemon Unite. Introduced back in Generation Two in the Johto region, Espeon is the Psychic-type counterpart of the Dark-type Umbreon. This feline is a Ranged Attacker unit that is meant to play the role of support and offense attack in some cases. Learn all about how to use Espeon and how to get for your roster.

How To Get Espeon

If you want Espeon you have two options. You can purchase them from the shop using real money or you can unlock them for 2000 in-game points, which you earn through completing missions. Therefore, you could get them for free just by playing the game.

How To Play As Espeon

Some of Espeon’s best features are the attacks that reduce the speed of enemies and its ability to defend itself against debuffs from other enemies. Their Area of Effect attacks also work against damaging groups of enemies, though their low speed doesn’t make them suitable for jungling. In fact, it’s one of their biggest weaknesses along with Scoring, Endurance, and Mobility. Because it’s prone to getting quickly picked off by enemies, you’re going to want to be very careful with how you use it. Make sure that your team has players who can provide Espeon with healing support just in case they need it. One of the most popular Pokemon for this would be an Eldegoss, as it is one of the best, if not the top-tier healer in the game.

The Best Way To Use Espeon

Besides its Area of Effect attack power, one of the best ways to use Espeon is as a support for slowing down enemies, particularly those who are blocking score zones from your teammates, as this tends to be one of the biggest challenges in a match. Having someone who can reduce speed also makes it easier for the DPS teammates to knock out enemies.

Overall, if you enjoy a character that’s more support than damage-based, Espeon will be the Pokemon for you. With the right conditions and team compositions, this Psychic cat has the potential to be one of the best units in the game you can use.