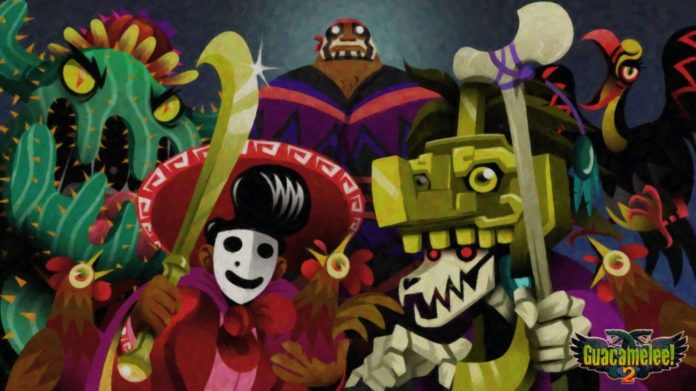 The Guacamelee games are among the best Metroidvania games released in recent times, and if you own a Nintendo Switch, you can get both games in a rather neat package.

The Guacamelee! One-Two Punch Collection includes both Guacamelee! Super Turbo Championship Edition and Guacamelee! 2, as well as an exclusive two-sided poster, an instruction manual, and codes to download two soundtracks.

Guacamelee 2 has been released back last Summer on PC and gaming consoles, improving on the formula introduced by the original game considerably, expanding combat and exploration in some very interesting ways.

Both games also allow co-op multiplayer for the entire duration of the campaign, which makes the game even crazier during combat. 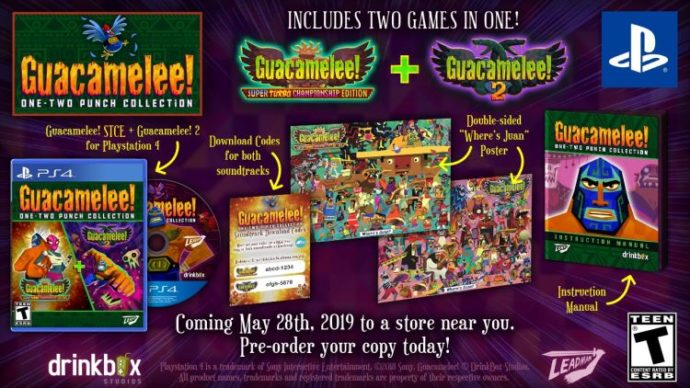 Guacamelee is also remembered by fans for its incredibly humorous writing and crazy characters. In the sequel, Juan has become too accustomed to family life and has lost much of his lust from the previous adventure.

A new crisis that threatens the universe arises, and he must step up again to regain the power that he has lost. He will do so in the most unbelievable way possible.

The Guacamelee! One-Two Punch Collection launches on Nintendo Switch on May 28th for $39.99.