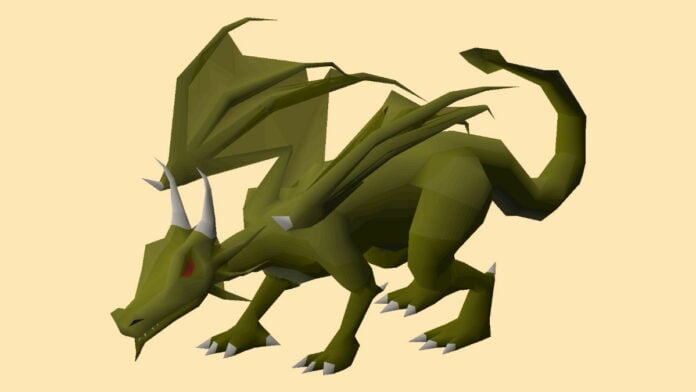 Once you’re at Corsair Cove, you’ll need to head down into the Corsair Cove Dungeon, which can be access through several entrances. The two entrances you want are directly west of the Corsair Cove port, while the other is a hidden entrance under the big statue in the Myths’ Guild, indicated by the red arrows.

Related | How to get Black Mask in OSRS

The entrance in the middle of the field will take you to the east section of the Corsair Cove Dungeon, where a bunch of Ogresses are roaming around. Head west, and you can cross the bridge connecting the west and east sections together, as long as you’ve completed the Dragon Slayer II quest.

The other entrance—the one in the Myths’ Guild—will take you directly to the west section of the Corsair Cove Dungeon. You’re only a few steps away from where all the Dragons roam, so be careful going in through this way.

Either way you choose, head to the section of the dungeon aptly named “Dragons,” and you’ll quickly find the Chromatic Dragons you’ve been looking for, including the Green Dragons. As we mentioned before, the Dragons are fearsome foes, so make sure you’re prepared!

If you can’t reach Feldip Hills or don’t want to go through the Dragon Slayer II quest, you can head into the Wilderness instead. Be careful, as the Wilderness is home to dangerous monsters, and other players can attack you!

Green Dragons can be found in certain locations around the Wilderness. Here are all the possible locations, courtesy of the Old School RuneScape wiki.

That concludes our guide on where to find Green Dragons in Old School RuneScape. If you have any other questions or tips about the Green Dragons, let us know in the comments below!