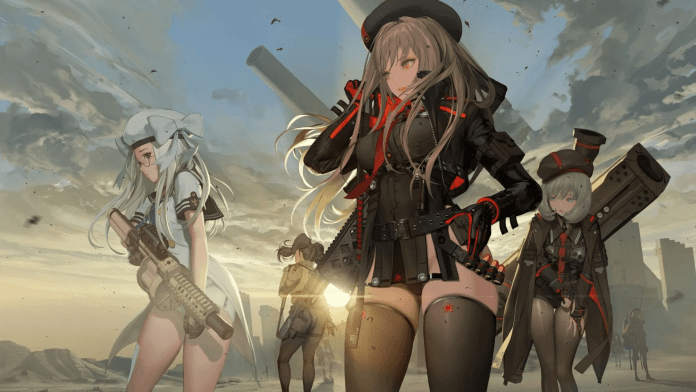 Goddess Of Victory: NIKKE is an incredibly addictive RPG shooter game available for mobile devices. In the game, you will have to assemble a team of various weapon girls, codenamed NIKKE. And you can control each of them in real-time during dynamic battles. But if you want to progress faster, you can use Mod. And in this guide, we will tell you about Goddess Of Victory: NIKKE MOD Apk v 101.6.39.

What Is Goddess Of Victory: NIKKE MOD

In Goddess Of Victory: NIKKE, players will experience a post-apocalyptic Rapture invasion. Almost all of humanity was destroyed, and its remnants had to survive underground. But after decades, new hope appeared in the face of NIKKE living weapons.

NIKKE are girls with various stats and skills that are incredibly effective against invaders. And you have to command these living weapons. Each NIKKE is unique and can use different weapons.

Also, unlike other similar games, in Goddess Of Victory: NIKKE players can fully control the characters. During combat, if you are idle, then your characters will sit in the cover. And to attack, you will need to aim and shoot. Fortunately, this can be done with one hand.

But if you want to progress faster in the game, you can download Goddess Of Victory: NIKKE MOD Apk. In this version of the game, you will have access to damage multipliers, defenses, increased crit rate, and dumb enemies. However, use the Mod at your own risk, as there is a chance of being banned for cheating.

To download the latest version of the game with the Mod, namely v 101.6.39, you can use our Link. Go to it and click the Download button. After that, install the downloaded Apk file, and you’re done.