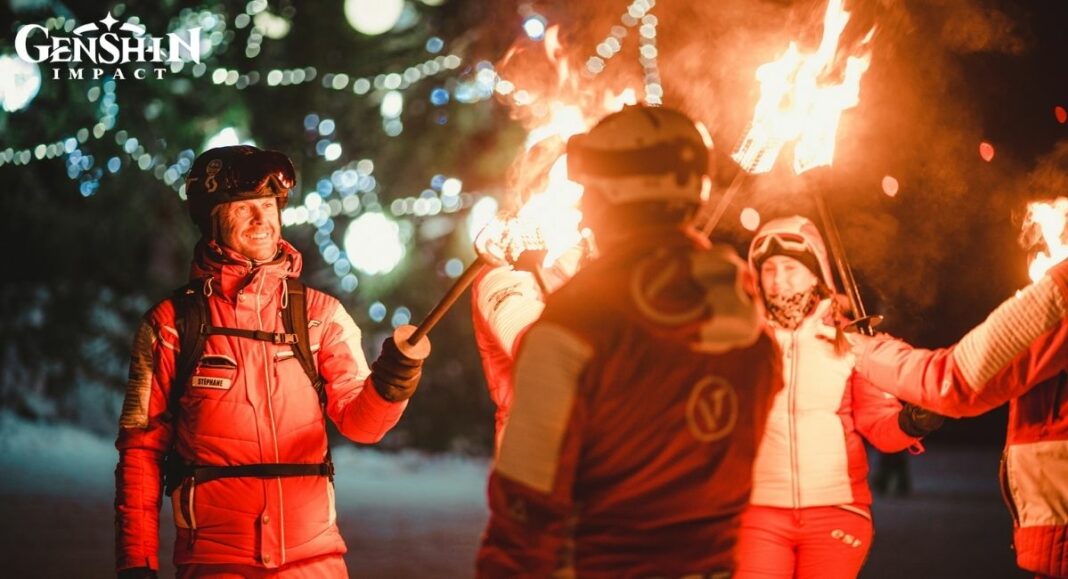 Related | Why is Genshin Impact #AR57 and #AR56 Trending on Twitter

“With the support and wishes from over three million players and fans around the world, we have reached the final stage of the “Enchanting Journey of Snow and Stars” event. The final Lighting Ceremony will be broadcast globally on January 13, 2022 via multiple platforms.”

“Fans and players worldwide are invited to participate in a grand celebration that includes the challenge to illuminate the Teleport Waypoint placed in the Alps and help reach the One Million Participants milestone to unlock a spectacular ceremony.”

“Thanks to the overwhelming enthusiasm and support from our global audience, we surpassed our milestone and reached three million event participants! Thus, we will celebrate this milestone by hosting a one-of-a-kind light show and music performance that is set to take place on January 13, 2022. The ceremony will be broadcast on YouTube, Twitch, and VK for a global audience.”

Highlights of the Alps Waypoint Lighting Ceremony include