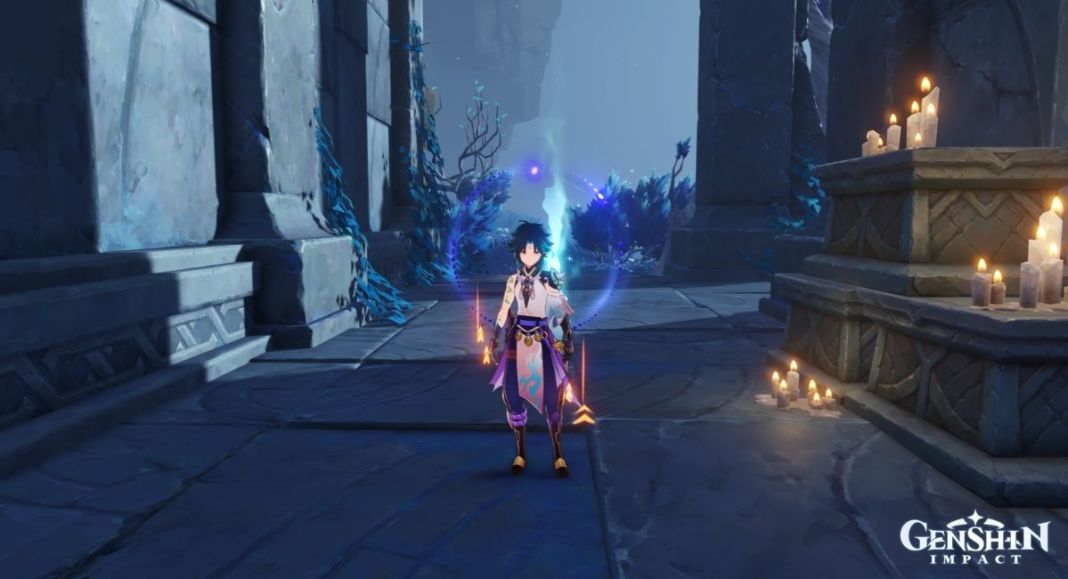 To complete Yachimatahiko’s Trial, you have to “Release all the Flames of the High Gate.”

Related | Genshin Impact: How to Get to Yachimatahiko’s Locus – Northwest Island of Enkanomiya

To release all the Flames of the High Gate during the Yachimatahiko’s Trial world quest, you use Triangular and Day-Night Mechanisms to open the locked path to the Flames.

If Enkanomiya’s state is in Whitenight, hit the Triangular Mechanism found at the entrance. Move ahead and take the first flame. The door is unlocked during Whitenight. Climb up and switch to Evernight.

In Evernight only, go near the Day-Night mechanism and hit the Triangular Mechanism to release the third flame.

The last flame is found at top of the structure where the other three flames are locked up. So, climb up the broken building and you will spot the last flame. You can use the Geo Traveler’s ability, or characters like Albedo, Kazuha, Venti, or Keqing to reach and release the last flame.

Then you change the state to Whitenight to release the third flame and to hit Triangular Mechanism near the entrance where you find the first flame.