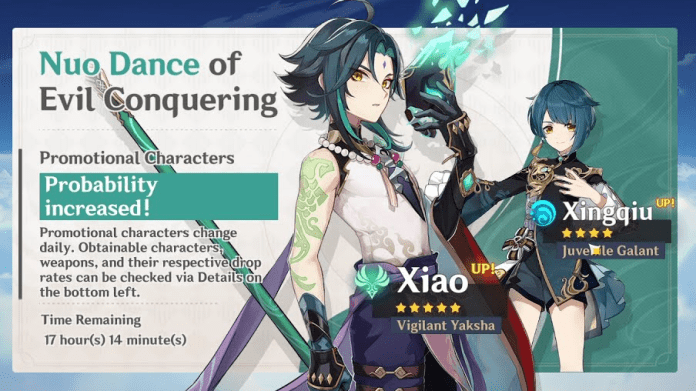 While players are waiting for Ganyu’s banner release, the Genshin Impact community is eager to get their hands on the next upcoming playable character Xiao.

The Vigilant Yaksha – a Liyue Adeptus who goes by the Alias Xiao is an upcoming five-star Anemo element user, whose weapon of choice is a Polearm.

Even since Genshin Impact open beta players have been waiting to get their hands on Xiao. And with Genshin Impact 1.3 update they will finally get to roll for Xiao’s banner. As his banner is reportedly the first one to arrive with the next major patch.

Even though there is no official release date for Xiao’s banner. We can easily find the release window of any upcoming Genshin Impact banner – thanks to the scheduled releases.

Keeping the past Genshin Impact banners release date in mind, alongside Ganyu’s banner official release date. We can say that Xiao’s banner will release on February 2, 2021.