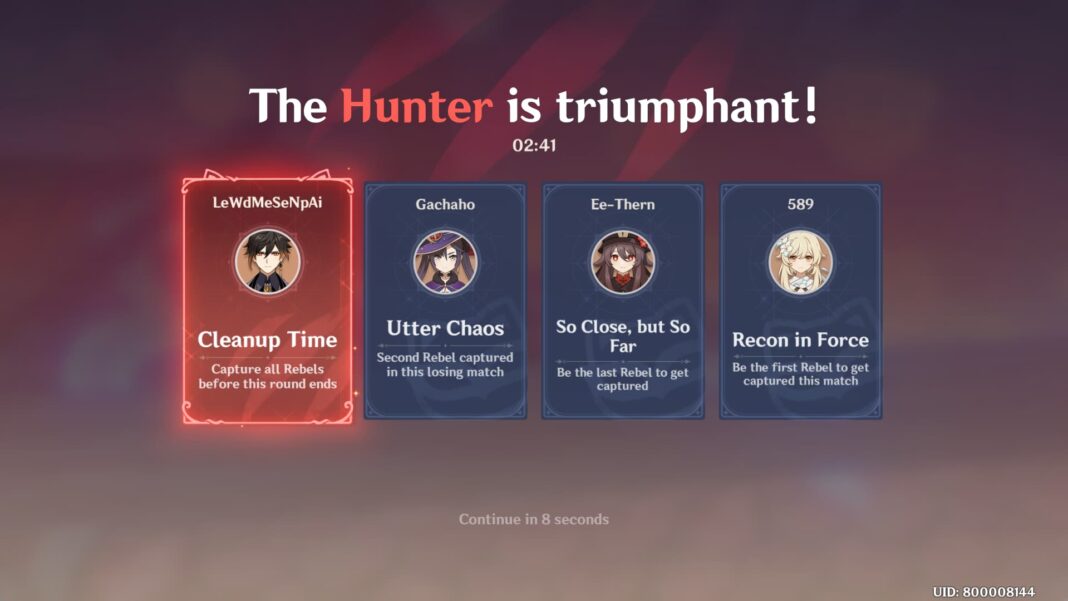 In Genshin Impact’s Windtrace event, we have two sides, the Hunter(1-Player) and the Rebels(3-Players). A simple explanation of the event would be – Hunter will have to wait for 30 seconds while Rebels are hiding. Once the timer is up. Hunter has to use his event-exclusive skills to catch rebels. Whilst, Rebels have to use their event exclusive skills to hide from the hunter till the timer is up.

In this Windtrace event hunter guide, we will share tips on how to catch the rebels easily.

Hunter’s have three active(six total) abilities that aid them in catching disguised rebels. These abilities are –

How to easily catch Rebels

Your first and foremost action should be to have a close look at the contested zone image that appears during the ready phase. Secondly, learn which skill does what.

Keep an eye on at least one Rebel

During the preparation time keep an eye on at least one Rebel. Do not make it seem clear that you are focusing on him/her. If they are out of sight, notice the exits of the are the rebel went.

In the above image, you can see I was focusing on Qiqi. She went behind the building, still, I kept looking at both the exits. After a few seconds, she disguised herself as a Lantern and hid behind the bushes. I was paying attention to Qiqi’s movement and nothing else. This will help you in shortening the search area.

Just when the preparation time was about to end Qiqi hid behind the bushes near the window. As soon as, timer ended I captured her.

Even though you win the game without using Favors, there are always players who try to get Favors when they appear in the contested areas.

When the Favor appears in Contested area, try to keep an eye on it, whilst being out of site. Hiding behind wall and obstacles, using third person perspective to look around will help. As soon as, a Rebel appears catch them using Capture! skill.

In my case, I was baiting the Favor and Mona took the bait. I ran and captured her.

If you don’t have the Favor, you won’t be able to use skills that are replaced by the elemental burst. No worries, you have the most overpowered skill at your hands that comes with a very small cooldown.

In my case, I spammed the Capture skill all around the winery and I didn’t find the last Rebel. That was fine, as the only place left was Diluc’s mansion. I climbed the mansion and spammed my Capture skill and viola, I got the last rebel.