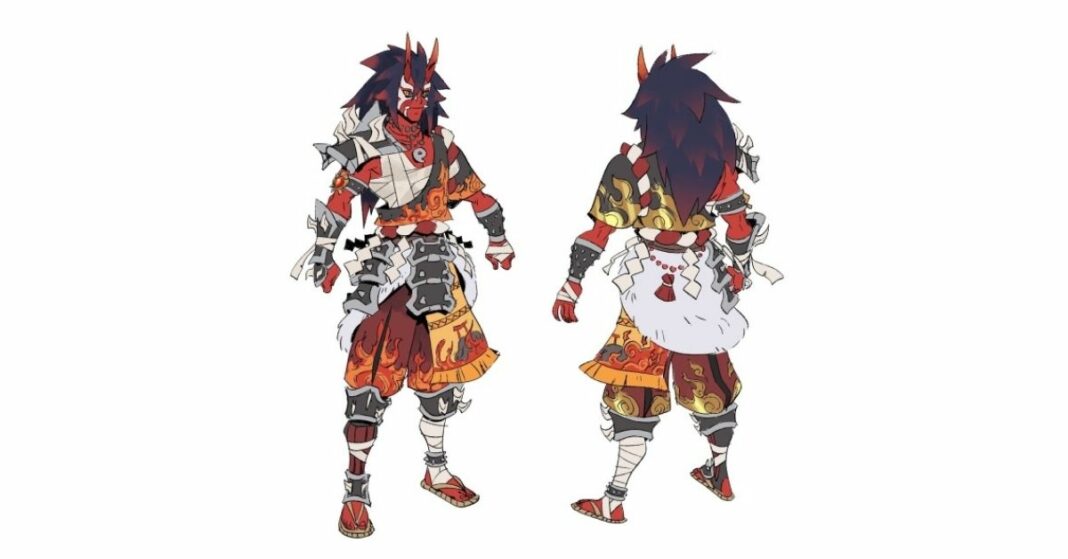 Arataki Itto is one of the characters from Inazuma in Genshin Impact. He is mentioned in dialogue by different NPCs and in bulletin boards where you can find his notes. This article will tell you all you need to know about this enigmatic character.

Who is Arataki Itto in Genshin Impact

Arataki Itto in Genshin Impact is also known as the Oni Sumo King. The most remarkable thing about him is his rivalry with Kujou Sara, who defeated him and took his Vision. People describe Itto as a strong martial artist with oni-blood in his veins. It is likely that Itto is a descendent of Arataki of the Front Gate.

According to the stories told by some NPCs, Itto is a tall and big man with two horns. He may look scary at first, but inside, he is actually a kind person who likes to play with the local children. He is also revealed to be a competitive person, which is how he became rivals with Kujou Sara.

Itto Arataki was a Vision-bearer, but his Vision was taken by Kujou Sara after she defeated him. Now, it seems that Itto is trying to follow her in the hopes of a rematch. He is proclaiming this intention on every bulletin board he comes across.

Arataki Itto appears to be a strong martial artist who doesn’t like to lose. However, he hasn’t appeared in the main story quests or Archon quests. It seems likely that we will encounter him eventually, as he seems to be an important part of other characters’ backstories.