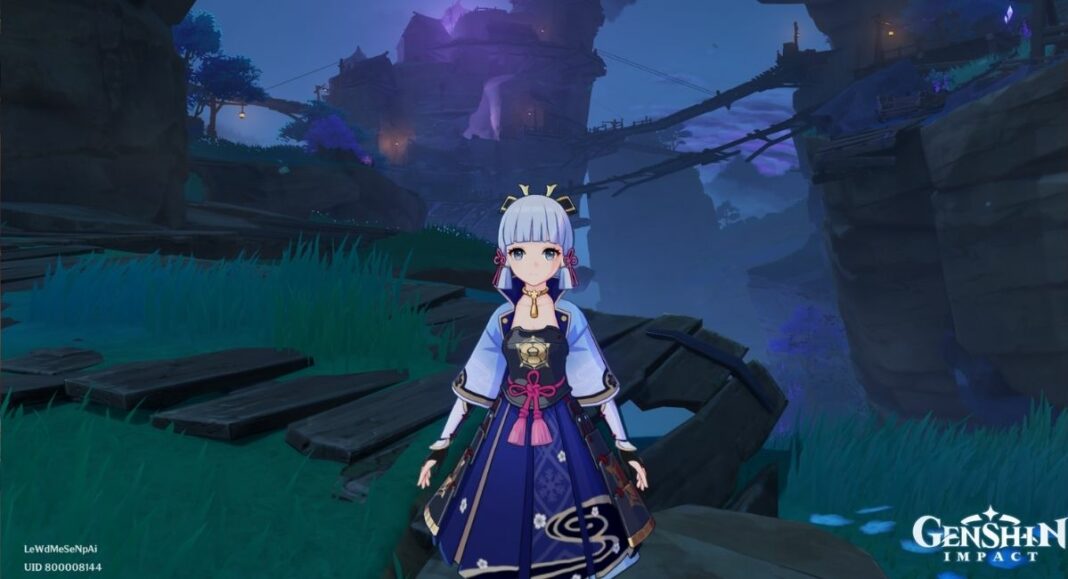 Genshin Impact Inazuma update is finally here. With the new region, Inazuma, we have a plethora of new world quests, puzzles, and much more to complete. Among the many newly added world quests, we have a quest called Tatara Tales which players can take on by visiting Kujou Encampment on Kannazuka Island.

Tatara Tales quest is required to unlock the Shakkei Pavilion in Genshin Impact. Moreover, completing this quest also removes the Tatarasuna barrier, and it also unlocks a new world quest, which is a direct continuation of Tatara Tales world quest.

Once you reach Kujou Encampment, you can talk to an NPC to get the Tatara Tales world quest.

Ask the two about the situation

After taking the Tatara Tales world quest, you see a shrine maiden and a shogunate soldier arguing about something. Go and talk to both of them to progress the quest.

To observe the first rift, you have to use an Electrogranum, which you can find nearby. Once you have it, use it to enter the electro barrier and observe the Mikage Furnace rift.

Defeat the nearby Fatui members and you can easily observe the second rift.

Observing the third rift is a little tricky. You have to use an Electrogranum to get yourself in midair, in the middle of the barrier you will find an electro Seelie. Go near the Seelie and you will get the observing point.

Interact to observe the final rift of Mikage Furnace.

Report back to Xavier

Report your findings to Xavier.

Activate the Kamujima Cannons and Destroy the Rifts

Xavier will ask you to use the Kamujima Cannons to destroy the rifts. He will give you a map with the cannon locations.

Two of the cannons are located near teleport waypoints. So players can directly teleport to the location and use the cannons to destroy the rifts.

To activate the cannons, you have to use Electrogranum.

The third, northmost cannon doesn’t have any nearby teleport waypoints. However, you can teleport to the Kannazuka Statue of Seven and then navigate to the island with the last cannon.

After destroying the barrier, when you return to Xavier, you have to fight the Fatui. Once that is done, talk to Xavier.

Take a picture of the storage device

Report back to Xavier

Submit clear image of the storage device to Xavier to complete the quest.

That’s all, you will get Primogems, Hero’s Wit, and Adventurer’s XP to complete the world quest. Apart from that, you can now also use the cannons to unlock the Shakkei Pavilion domain.

There is also a continuation of the Tatara Tales quest which we will cover in a separate article.