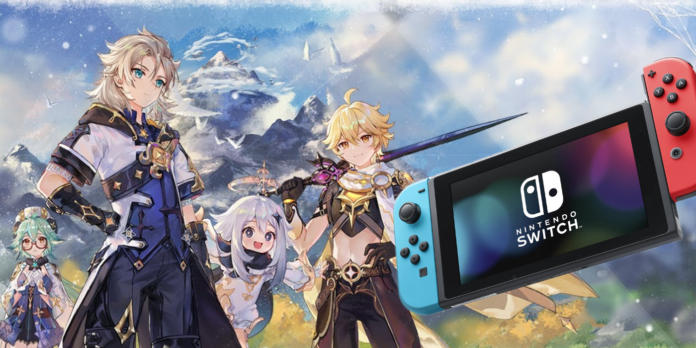 Genshin Impact is a widely popular gacha-based role playing game that released on September 28, 2020 across multiple platforms including PC, Android, iOS and PlayStation with a promised near future release on Nintendo Switch platform.

Despite releasing an official Nintendo Switch teaser trailer for Genshin Impact, the developers miHoYo are yet to announce an official release date. At first, Genshin Impact Switch release date was slated to be Late 2020. Most of us speculated that the game will release on the switch platform, somewhere around December 25, 2020.

Why Genshin Impact is not yet available on Nintendo Switch?

Now many of you may say – Genshin Impact runs fine on new mobile phones, why not in Nintendo Switch?. And, the answer to this question is relatively simple. Despite being designed for the purpose of gaming, Nintendo Switch lacks behinds in terms of CPU power and even some two-year-old mobile phones have similar performance GPU as Nintendo Switch. Keeping all that in mind, we think Performance is the main issue.

The second reason is the impact of COVID 19, and a deadline for rolling out new updates frequently.

Despite the global pandemic, the Genshin Impact’s updates are not being delayed. Also, with each passing day, we are getting more and more new content in the form of new events, quests, competition, etc. So, is plausible to think that the development/optimization of the Genshin Impact Nintendo Switch version is delayed.