In a matter of a few days, Genshin Impact will get the Unreconciled Stars Event on November 16, 2020, where players can complete Prinzessin’s Pact to claim Fischl, one of the most overpowered character of Genshin Impact for free.

Genshin Impact just announced a timed event starting that rewards players with Mora and Primogems. The new adventure “Stone Harbor Treasure Journal” has begun and players gain credits for completing assignments. Furthermore, depending on the credits earned, players can claim Mora and Primogems as rewards.

Though we have Primogems and Mora as rewards, the most interesting part of this ongoing timed event is that before starting the assignments players can choose between Childe or Zhongli to accompany them. Moreover, depending on the character players choose and assignment, players will trigger different random events.

Random events are a fun part of videogames as everyone get different experience based on what they choose. As we know Genshin Impact is a role playing game though we don’t get much to choices that truly change the game world or story. The new timed event is the first experiment that may bring more similar events in the near future that are cordially welcomed.

Here is the official explanation of the random events–

1. Each assignment has a chance of triggering random events. Completing such events will generate additional assignment rewards. Your choices will alter the course of the events!

2. Random events will always trigger on the very first time you accept a particular assignment.

There’s a hierarchy system when it comes to assignments in “Stone Harbor Treasure Journal” timed event. Players can unlock locations with greater assignments and credit payout once they have collected a good sum of credits.

How to participate in Stone Harbor Treasure Journal Event

The Stone Harbor Treasure Journal timed event starts today at server time and it will last till November 22, 2020. Players can participate in the event by visiting event mail/notice, in Paimon’s menu. Moreover, you need to be at Adventure Rank 10 or above to take part in the event. 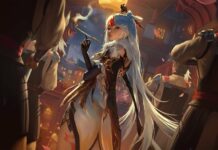 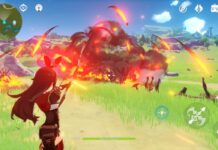 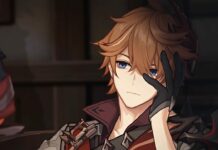