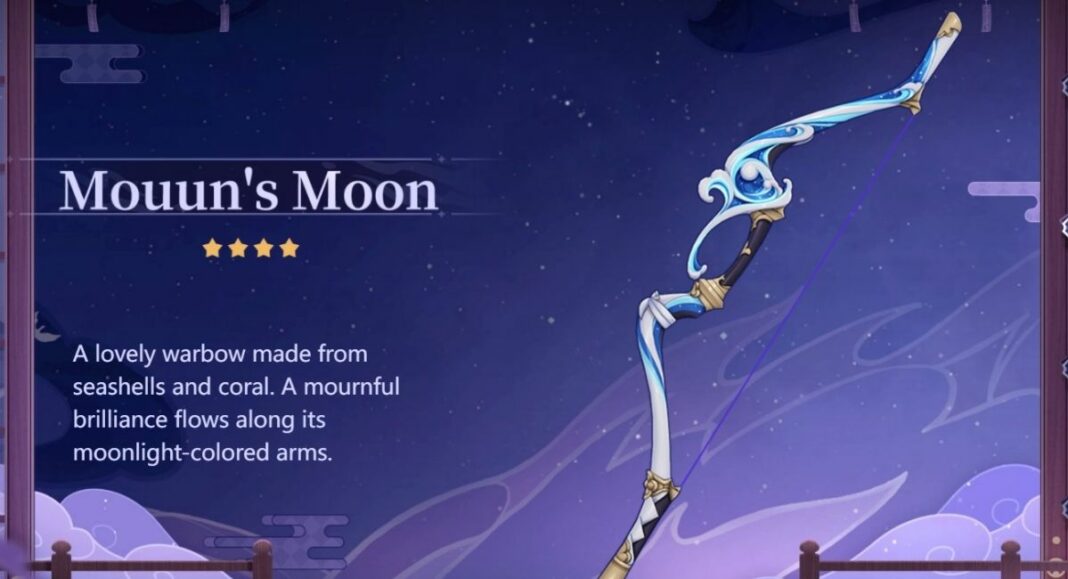 Genshin Impact version 2.2 “Into the Perilous Labyrinth of Fog” update has brought a myriad of new content additions to the game. Players finally get access to the last island of Inazuma called Tsurumi, a Hu Tao and Childe re-run, new four-star character Thoma, a plentitude of new events, quests, puzzles, a few new enemies, and of course, new weapons.

Among the many new additions, we have Mouun’s Moon, a bow-type weapon from the Inazuma series.

The Mouun’s Moon is a four-star bow that players can get from the Epitome Invocation banner.

In this Genshin Impact guide, we will share the materials required to ascend Mouun’s Moon bow to max level.

Here are the ascension materials required to ascend the Mouun’s Moon bow in Genshin Impact.

How to Get Narukami’s Wisdom, Joy, Affection and Valor

Players can get the Narukami’s Wisdom and its higher variants from the Court of Flowing Sand domain on Tuesday, Friday, and Sunday.

How to Get Dismal Prism, Crystal Prism, and Polarizing Prism

Players can get the Dismal, Crystal, and Polarizing Prism from the Mirror Maiden. You can find her in the Chinju Forest area. To get the exact location, you can also use the Adventurer’s Handbook.

How to Get Spectral Husk, Spectral Heart, and Spectral Nucleus