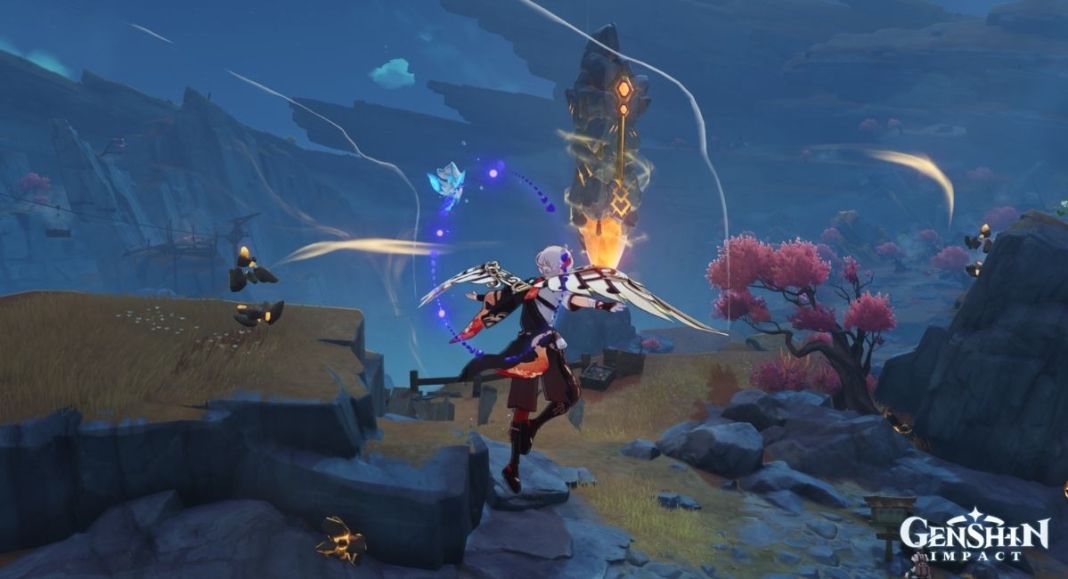 During the Surreptitious Seven-Star Seal Sundering world quest in Genshin Impact, players are tasked to “Look for a way to destroy the Bedrocks.”

The game gives more than enough visual hints to the players to aid them in completing the said objective. However, we have many players who find destroying the Bedrocks a rather daunting task.

To help players out, we prepared a handy Genshin Impact guide that shares details on how you can destroy the Bedrocks during the Surreptitious Seven-Star Seal Sundering quest.

To destroy the Bedrock Keys, you have to obtain a Geo Shard from nearby Ore that emits Geo Resonance. Take the shard to the nearby Cage-Shaped object.

Doing so will embed the Geo Shard inside the Cage-Shaped object, that upon hitting with a physical attack, will fire a Geo Shard towards the Bedrock Key—lower it by a set level.

Once you have activated the two Cage-Shaped objects—using the Geo Shard, hit them in order to lower the Bedrock Key—finally destroying it and undoing a small portion of the seal that Liyue Qixing put to stop anyone from entering the depths of the Chasm.