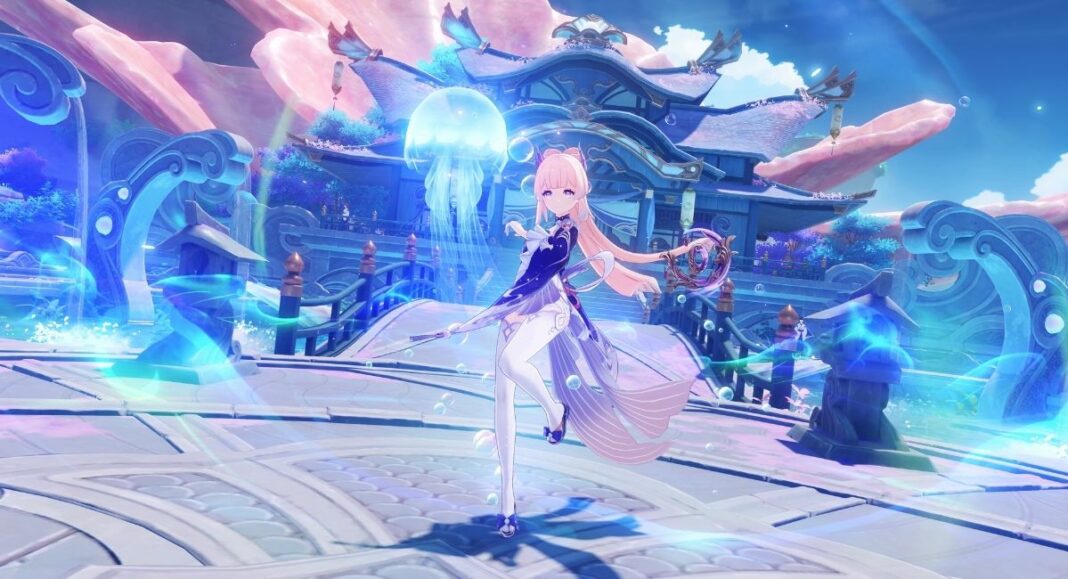 Sangonomiya Kokomi is an upcoming five-star hydro element user and a catalyst wielder in Genshin Impact. She is a support character whose abilities are focused around healing.

Keeping the imminent release of Sangonomiya Kokomi in mind, we have gathered details on her constellations and passive talents that will help you in deciding whether or not you should roll for Kokomi’s constellations.

Here are the different constellations of Sangonomiya Kokomi.

While donning the Ceremonial Garment created by Nereid’s Ascension, the final Normal Attack in Sangonomiya Kokomi’s combo will unleash a swimming fish to deal 30% of her Max HP as Hydro DMG.

Constellation 3 – The Moon, A Ship O’er the Seas

Increases the Level of Nereid’s Ascension by 3. The maximum upgrade level is 15.

Constellation 4 – The Moon Overlooks the Waters

While donning the Ceremonial Garment created by Nereid’s Ascension, Sangonomiya Kokomi’s Normal Attack SPD is increased by 10%, and Normal Attacks that hit opponents will restore 0.8 Energy for her.

Constellation 5 – All Streams Flow to the Sea

Increases the Level of Kurage’s Oath by 3. The maximum upgrade level is 15.

While donning the Ceremonial Garment created by Nereid’s Ascension, Sangonomiya Kokomi gains a 40% Hydro DMG Bonus for 4s after her Normal and Charged Attacks heal a character with 80% or more HP.

How to Get Kokomi’s Constellations in Genshin Impact

Here are the different passive talents of Sangonomiya Kokomi.