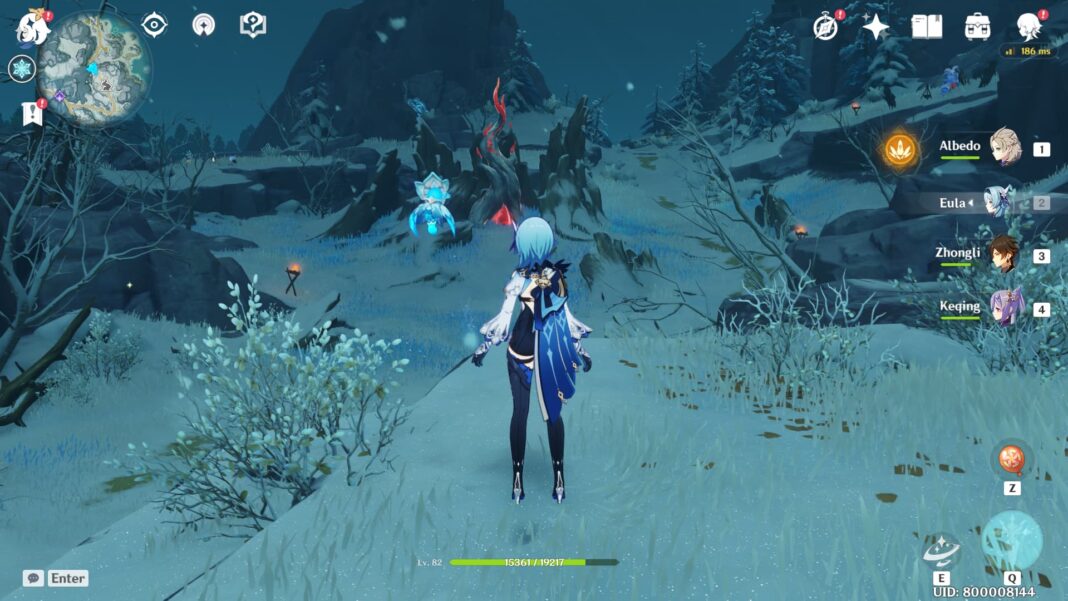 Genshin Impact’s Dragonspine area is introduced to the players during the introductory quest, “In the Mountains”. During this quest, when players reach the Snow-Covered Path location. They have to “Investigate the Strange Ice”, without completing the investigation, players cannot progress through the quest.

Furthermore, being an introductory quest to a new area, the objective “Investigate the Strange Ice” has kept many new players away from Dragonspine Questline. In the wake of that, we have prepared a brief and handy guide that will show you how to investigate the strange ice in Genshin Impact.

How to investigate the strange ice in Genshin Impact

To investigate the strange ice, you have to break the peculiar ice using Scarlet Quartz. You can find Scarlet Quartz around the same location. Just look for Red Crystal-like-ores.

Apart from that, now you can progress the quest “In the Mountains”. The second phase asks you to “Continue upwards to investigate”. You may find another blocker during the third phase. Where you have to “Thaw all the shards out (1/3)”.

The Strange Ice was the first shard that you thawed to complete investigate the strange ice phase of the quest. [Thawing the other two shards is a very long process, we will cover it in a separate article].