Earlier today, Genshin Impact leaker Lumie shared a twenty-four seconds long video over his Twitter account that gave us the very first look at Electro Travelers. According to Lumie, the Electro Travelers abilities are still is in development. This further indicates that Genshin Impact’s Inazuma region update will not make its official release anytime soon.

The two major things that we can draw out of the leaked Electro Traveler video are – The Electro Traveler logo that is found in the far left corner and the character background screen with small lightning effects.

Apart from that, there’s not much to draw out from Genshin Impact’s leaked Electro Travelers video.

The Travelers will be able to wield the electro abilities once they interact with any of the Statue of Seven in the upcoming Inazuma region. At least that is how things work right now. Players are eagerly waiting for the new region, the electro archon Baal and the five-star Cryo user Kamisato Ayaka. However, till date, there is no official news on when or in which update we will get the new region and other related content. 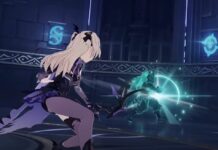 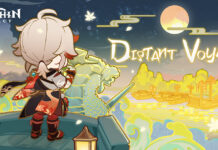