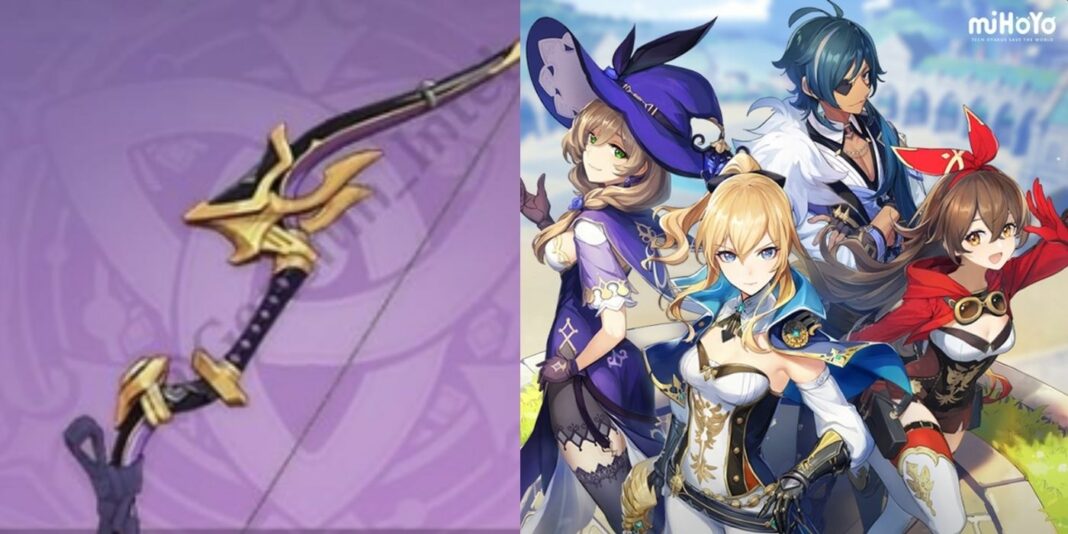 Demon Slayer Bow is one of the new upcoming four-star weapons in Genshin Impact whose details were leaked earlier this month. It is a weapon from the new Bakufu Set. Just like other weapons in the series, the Demon Slayer Bow has received a name change since initial leaks.

Thanks to data-mined information from Genshin Impact leakers. We now know what is Demon Slayer Bow capable of and how players can obtain it.

The Demon Slayer Bow is one of the best F2P choice for characters like Ganyu, Yoimiya (upcoming), etc.

How to obtain Demon Slayer Bow

Once you have the required materials, you can go to the blacksmith or in your teapot to craft Demon Slayer Bow.