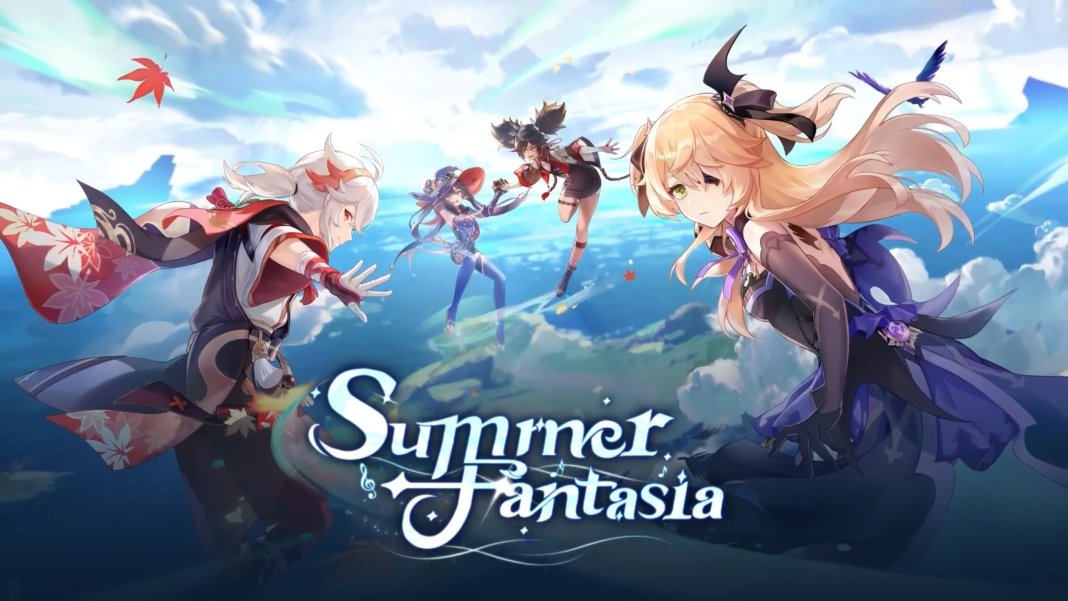 Genshin Impact 2.8 “Summer Fantasia” update releasing on July 13th, 2022, is going to add a ton of content to the game, including a Seasonal Event, a re-run of Golden Apple Archipelago with a massive makeover, a re-run of playable characters, and weapons, a new character, new events, two new character skins and a lot more. Seeing that, Genshin Impact enthusiasts want to know everything new coming with the Summer Fantasia update.

To help players, we have summarized every major content coming to Genshin Impact with the version 2.8 “Summer Fantasia” update.

We are getting two new skins in Genshin Impact with the version 2.8 update, Diluc’s – Read Dead of Night outfit and Fischl’s – Ein Immernachtstraum outfit.

While Diluc’s skin is paid, offered at a discounted price during the version 2.8 update, you can get Fischl’s skin for free by taking part in the Resonating Visions event.

Kazuha and Shikanoin Heizou will get Story Quests in Genshin Impact 2.8 update.

Here are the new events that players can take part in to earn a ton of free rewards, including free Primogems, Hero’s Wit, Mystic Enhancement Ore’s, and even Fischl’s new skin.

Players can explore a nuanced version of Summer Islands – The Golden Apple Archipelago with a version 2.8 update.

Here are the characters receiving a re-run in Genshin Impact 2.8 update: