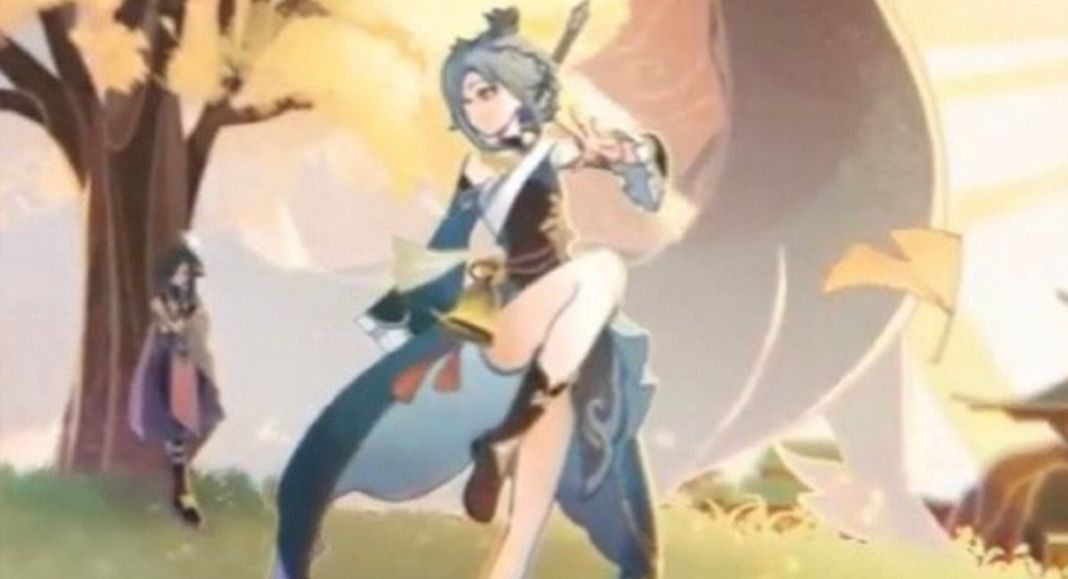 One of the biggest things, why the gaming community loves Genshin Impact, is the availability of playable characters that are well designed, voiced, have unique lore and backstory, and most of them play a major role in the game’s main plotline.

Related | How to Use the Genshin Impact OC Maker on Shindanmaker

Genshin Impact already has a plentitude of characters present in the game. With a batch of characters waiting for their release. And some who are just officially teased and later leaked as a playable characters.

Yelan is one such character in Genshin Impact that was first officially featured in the Stove God Cutscene during the Moonchase Festival Event.

She is a character that draws a lot of resemblance to Honkai Impact’s Fu Hua, and there’s also something on her body, the Cleansing Bell to be exact, that you can spot during the cutscene. So why is that important? Because the cleansing bell is linked to Madame Ping. And because of this, we have many theorists who suggest Yelan is Madame Ping’s younger version.

Related | How to Get the Official Genshin Impact Razer Mouse

And, because of all this, there is a lot of hype in the Genshin Impact community about Yelan. Many want to know more about her and when she is coming out.

Seeing that we have prepared a handy guide that talks about Yelan Release Date, Weapon, and Element.

When is Yelan Releasing in Genshin Impact

According to some unverified leaks, Yelan is a five-star playable character supposed to release in Genshin Impact 2.7 update.

As per many leaks, Yelan is a Hydro user with Bow as the weapon of choice.

However, as the leakers say, “take it with a grain of salt,” we also have the same thing to say because, in the cutscene that first officially revealed Yelan, she had a sword-hilt that was visible behind her during the cutscene.

It can be the handle of a crossbow too. We should not forget that Genshin Impact did have mentions of the crossbow in the game files.