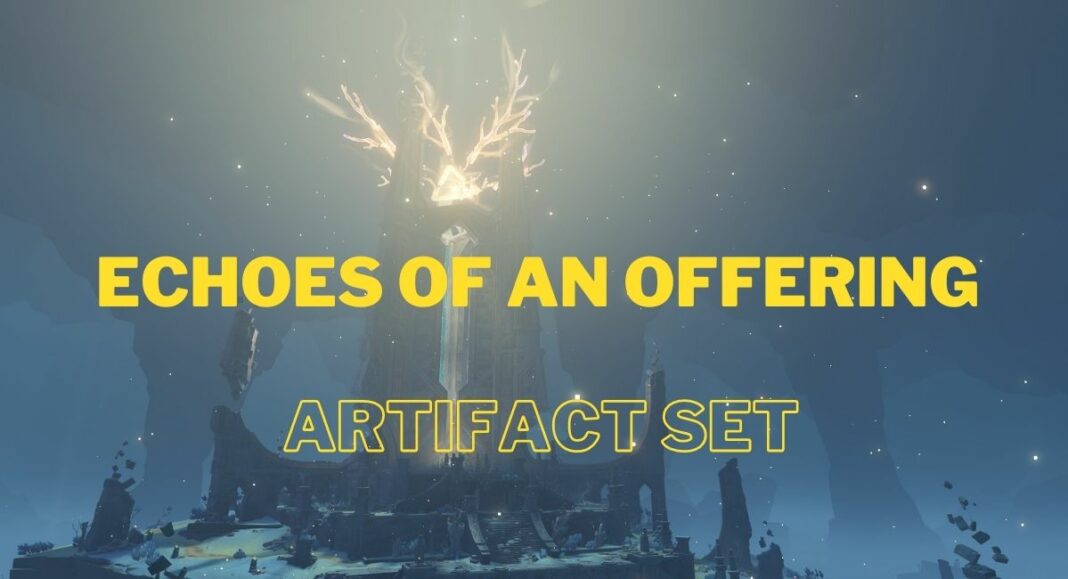 Genshin Impact 2.6 update leaks have started surfacing. Earlier, we got leaks revealing the complete renders of characters like Kamisato Ayato and Yelan, leaks on a new story, and an archon quest associated with Dainsleif. And now we have leaks on new artifact sets releasing with the version 2.6 update.

Apart from the Vermillion Hereafter artifact set, we are also getting another new artifact set called Echoes of an Offering coming out with the Genshin Impact 2.6 update.

In this Genshin Impact guide, we talk about the Echoes of an Offering artifact set while sharing its set bonus and other details.

Echoes of an Offering Artifact Set Bonus and Other Details