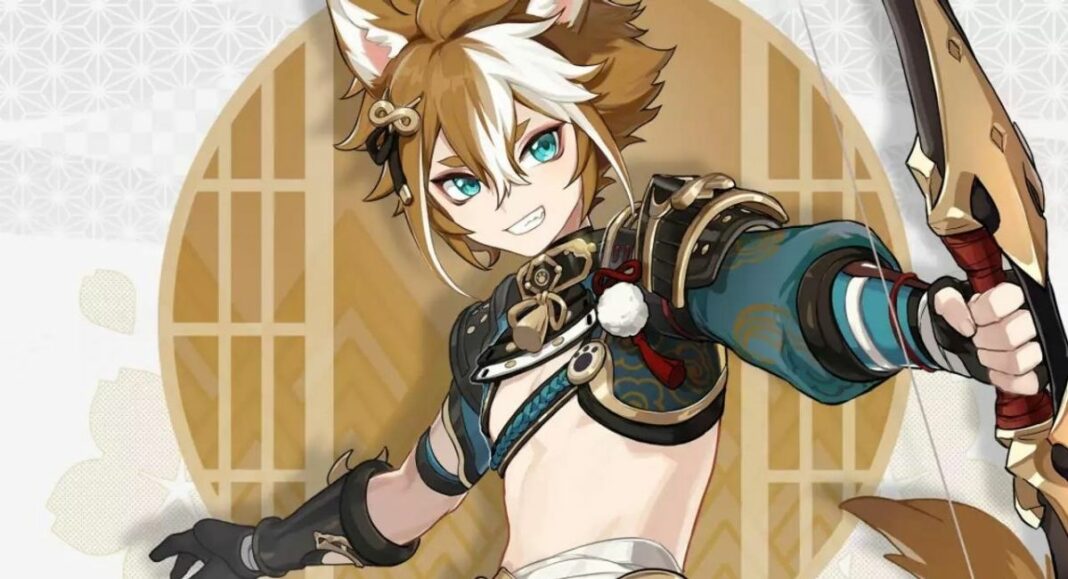 Gorou is an upcoming playable character in Genshin Impact who is slated to release in the version 2.3 update. He is a Geo element user whose weapon of choice is a bow. Gorou is presumably a great support character that many players are looking forward to building.

Related | Genshin Impact Gorou Ascension Materials and How to Get Them

In this Genshin Impact Gorou’s character details guide, we will share Gorou’s abilities, constellations, passive talents, and other details leaked/data-mined so far.

Gorou’s elemental skill is called Inuzaka All-Round Defense and here is what it does:-

Deals Area of Effect Geo Damage and sets up a General’s War Banner.

Provides the following buffs based on the number of party members who are of the Geo Element:

“Take up this formation and we’ll be safe—I guarantee it!” As a general and a leader of troops, the last thing Gorou wants is to see those who follow him getting hurt.

Gorou’s elemental burst aka ultimate ability is called Juuga: Forward Unto Victory and here is what it does:-

Displaying his valor as a general, Gorou deals Area of Effect Geo Damage and creates a field known as General’s Glory to embolden his comrades.

This field has the following properties:

“We have the high ground!” Gorou can ever-so-slightly change the terrain of the battlefield to help win victory. This technique has seen him through many battles against seemingly superior opposition.

When characters (other than Gorou himself) within the Area of Effect of a General’s War-Banner of General’s Glory created by Gorou himself deal Geo Damage to opponents, the countdown of Gorou’s Inazuka All-Round Defense is decreased by 2 seconds. This effect can occur once every 10 seconds.

Increases the Level of Inuzaka All-Round Defense by 3. Maximum upgrade level is 15.

When General’s Glory is in the “Impregnable” or “Shatter” states, it will also heal the active character within its Area of Effect every 1.5 seconds for 50% of Gorou’s own Defense.

Increases the Level of Juuga: Forward Unto Victory by 3. Maximum upgrade level is 15.

When the General’s War Banner or General’s Glory are currently providing buffs of the “Standing Firm,” “Impregnable,” and “Shatter” levels, the Critical Damage of Geo Damage dealt by all party members is increased by 10%/20%/40% respectively.

Displays the location of nearby resources unique to Inazuma on the mini-map.

Heedless of the Wind and Weather [Unlocked at Ascension 1]

When using Juuga: Forward Unto Victory, all party members’ Defense is increased by 25 percent until the duration of General’s Glory ends.

A Favor Repaid [Unlocked at Ascension 4]

Gorou receives the following Damage Bonuses to his attacks based on his Defense:

Juuga: Forward Unto Victory’s Skill Damage and Crystal Collapse Damage is increased by 15.6% of Defense.