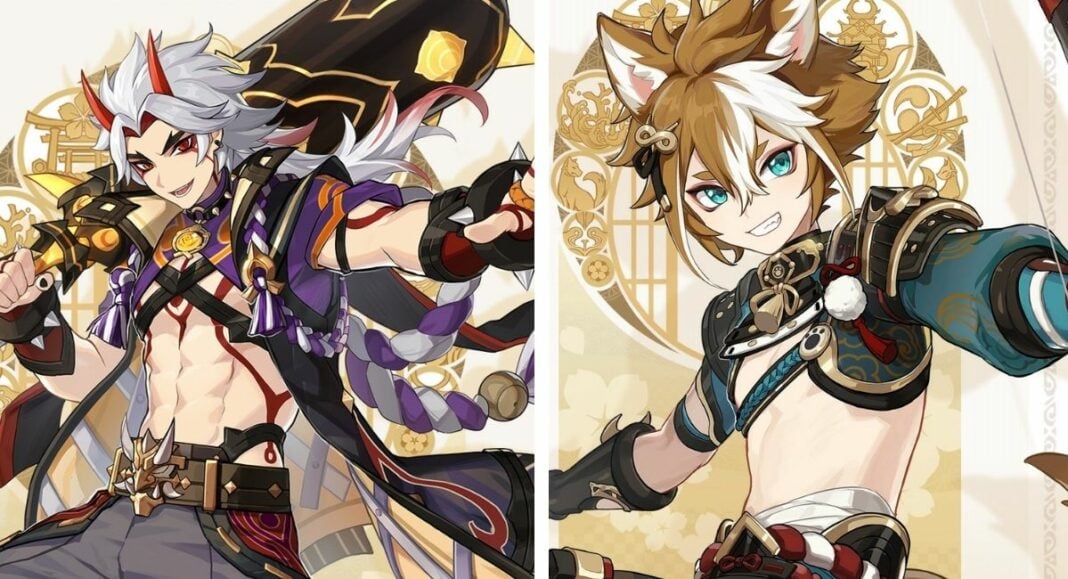 While players are getting ready for Genshin Impact 2.2 update, releasing on October 13, 2021, the game’s developers are a step ahead. Earlier today, miHoYo revealed details on playable characters releasing with Genshin Impact 2.3 update.

Version 2.3 update will feature two new playable characters, namely Arataki Itto and Gorou. It will also feature a re-run character; details on this front are not yet known.

In this Genshin Impact article, we will talk about Arataki Itto, Gorou, and possible re-runs.

Arataki Itto is a Geo user and a claymore wielder. Here are some basic details about him.

Gorou is a Geo user and a bow wielder in Genshin Impact and a close aide to Sangonomiya Kokomi.

Many data-mined leaks suggest that Arataki Itto is a four-star playable character. If that is true, then players can expect two re-run banners in Genshin Impact 2.3 update.

Related | How to Unlock Thoma’s Hangout Event in Genshin Impact

In any case, we will be getting at least one re-run in the version 2.3 update. Characters that have a high chance to get a re-run are Ganyu, Albedo, and Xiao.