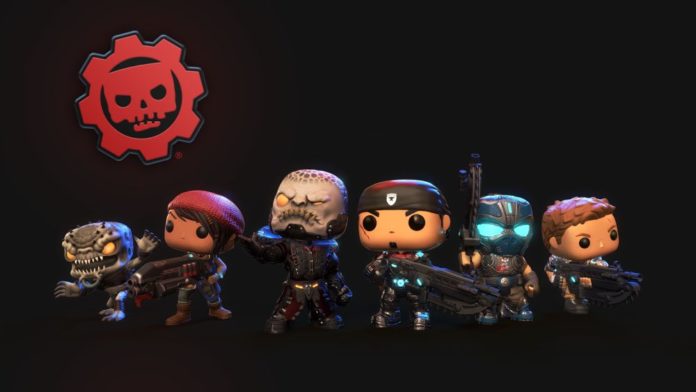 If you want to make the most out of Gears Pop, you need to focus on the best Characters aka Pins in the game and level those up exclusively in order to rule the Arenas and defeat all opponents.

But which are the best characters in Gears Pop? That’s the question that we’re trying to answer in today’s article, by sharing a complete Tier List.

Please have in mind that this is simply a Tier List that tells you which are the best Pins in the game. However, since not are created equal, some lower ranked ones will actually be more useful in battle, especially early on.

This happens because you will have more time (at least early on) for unlocking and leveling up Arena 1 and Arena 2 cards than you will have for Arena 5 cards, which unlock last. So simply saying that all Arena 5 cards are the best is not really ideal, since your lower Arena cards will probably have a higher level and be more useful.

Still, when you have to rank tens of characters available in a complex game like Gears Pop, you have to start something and you can’t just take all options into consideration. You just have to start doing this, work with what you have and create the list. Which is what I did and hopefully you’ll find it useful.

We are also going to publish an article on the best team setups for each of the Arenas (or stages you are at in the game) which might prove even more useful in the long run. But for long term planning, here is the mother list of them all.

One of the best Pins in the game by far. Not only that he has Amazing stats (great HP and Damage), but his active skill which allows him to obliterate enemies AND draw in some HP makes him OP.

One of my favorite in-game characters: he deals a lot of damage and is fast to capture, but has lower health. However, his active skill helps you keep him alive for longer and timing it right will give you a massive advantage in the game.

One of the strongest heroes in the game – and a really easy to build one, since you unlock him early on.

He has low health for a Tank, but also deals a lot of damage and is extremely versatile: cheap and perfect!

I initially had her in my top 3, but decided to move her lower because of her insane price. Yes, she is a perfect Bruiser, dealing a ton of damage and spawning creatures and having a ton of health, but her cost is extremely high. Still, a great Pin!

This is definitely one of the best Pins in the game – solid damage dealer with decent health, but with his most important asset being healing. Pair him up with some tough guys and you’re winning easily!

I think that there’s not enough love for Baird right now in the game and he’s actually a really solid asset for people who like to take things methodically and slowly build up their game and win. The fact that he builds a Sentry is obviously his main strength and even though he is expensive, he is so for a reason!

The first Common unit to make the list, this is a perfect AoE damage dealer to take away all the pests that come in groups. Cheap and reliable, a great Pin!

If you manage to get him early on and send him on a capture spree, you get a massive advantage that allows you to get closer to the enemy and put a ton of pressure. Plus, he deals a ton of damage, although he’s really low on health.

He is pretty slow and average when it comes to all skills and even damage dealing, but his main strength is the “Down But Not Out” skill which helps him become a true headache for your enemy.

One of the best consumables in the game. Perfect for dealing with grouped enemies that stay in the same spot. Perfect for countering the Emergence Hole, for example: simply place your Ink Grenade over it and completely annihilate it.

It’s either the Frag Grenade or the Ink Grenade. While I consider the latter to be better, there’s no questioning of the fact that this is a massive support card that can get you out of a sticky situation fast. Just plan ahead for its delay!

A Tier Pins in Gears Pop

Note: Some cards in this tier group can be really useful in specific situations and when you build focused decks like fast, spamming deck. So still not to completely ignore them!

I have a love-hate relationship with this card. On one hand, it’s extremely good and useful, especially since it explodes into pieces, dealing DaD (damage after death). On the other hand, it’s exactly this that can completely ruin your plan if you have any friendlies nearby…

Carmine is extremely useful in specific situations. His Carnage Skill can prove deadly under the right circumstances, so definitely experiment with him a bit before deciding if he’s worth it or not.

Any Pin that spawns with invincibility is worth looking at, and that’s exactly what the Sentinel offers. Its main problem is that it is unlocked so late in the game, when you probably have better cards upgraded already…

I really like Kantus and I am sure that with a bit of experience, you can turn him into a really useful asset: just place him behind and keep him alive for long enough to make his damage boosting ability really useful!

A really good set of units: three of them with decent HP and dealing decent damage as well.

A card that’s difficult to play – but which, if played well, can simply wipe out all enemies on the field. It takes time for its machine gun to load up… so it’s not always that useful.

You start with this guy and quickly build him into a monster. Tons of HP, lots of damage… the Buthcer is an easy pick for rushing towards the enemy towers and destroying them.

I find her very similar to Butcher: despite having way less health, she is faster and deals the same amount of damage.

An alternative for the Savage Grenadier… but I consider him less useful because of his lower damage. He does have more health to compensate, but sometimes just a powerful grenade is what you need and Boomer doesn’t offer that.

A good troop for when you want to outnumber the enemy. They are wiped out instantly by the correct counter, though and can become potentially useless.

Similar to the Wretches, but a bit more useful since they also capture territory. Cheap and dependable, they can be a useful addition to any deck.

B Tier Pins in Gears Pop

And this would be our Tier List for Gears Pop. The game is still in its early stages and some additional play time might make me change my mind – but until that happens, don’t hesitate to share your thoughts below and let us know which are the best pins in Gears Pop in your opinion.

Also, if you are just starting up and need additional help, why not read our general guide for the game as well?