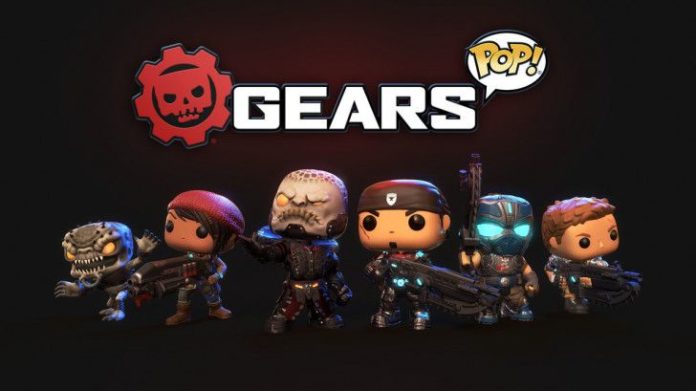 Microsoft’s highly anticipated Gears of War mobile spinoff is finally here: Gears Pop takes a familiar route to deliver strategic gameplay and tons of fun for fans of the franchise, and not only.

And we’re here to help you get the most out of the game, by sharing a bunch of tips and tricks for Gears Pop in this guide where you’ll learn everything ranging from the basics to more advanced strategies and some tips to help you unlock more characters and built a strong deck.

With these things in mind, let’s get straight to business and check out some Gears Pop tips and tricks below!

1. Wait before making the first move

Unless you have a deck built specifically for rushing, it’s usually best to wait until your energy bar is almost completely full before making the first move.

This gives you the potential advantage of seeing what your opponent plays (if they do play a card before you do) and make it easier for you to counter, or at least give you enough time to plan a strategy based on the cards you have.

If you hurry to make the first move without having a solid plan, you risk losing fast, as the opponent has time to see what Pins you play, counter them and make your life a living hell from that moment onward. So be patient and plan your moves.

The main difference between the Pins you can send onto the battlefield is how they work: some go straight towards the opponent, while others take cover before moving forward.

Placing the correct troops at the right time can make a big difference and influence how a battle goes, as troops that need cover give you a massive advantage: by taking cover, they “capture” that cover point, allowing you to place your own troops closer to the enemy base.

It’s extremely important to capture these points and stay as close to the enemy as possible (while at the same time keeping them away for as long as possible) since this will not only make it easier for you to attack their base, but also give you more time to prepare for incoming attacks.

However, the brute force and damage dealt by troops that ignore cover is useful under the right circumstances, so don’t simply ignore that type of troop. Two or three cards that go straight to the enemy defenses can wreak havoc on the battlefield!

So the key here is to plan with cover troops and prepare your massive blow: conquer the covers, expand your territory and masterfully deliver the final blow once you’re in control!

3. Focus on a particular lane

Although you will need to go both left and right to expand your territory and capture the cover points, it’s vital for you to focus on a single lane.

Trying to destroy both defense towers at the same time is risky and very difficult to achieve, even against mediocre opponents.

Instead, focus on a single lane in order to take one of the two defenses out: sometimes, that’s all you need to do in order to achieve victory. Destroying both towers AND the base is virtually impossible.

A smart opponent will try to counter on the lane that you’re not attacking on, so try to have some defenses in place as often as possible: from quick solutions like grenades, to cheap cards that will keep your enemies locked for your towers to take them out.

4. Take advantage of your Ultimate

This was something I was constantly forgetting about early on when I started playing the game and as a result it brought a lot of frustration and way fewer wins that I would’ve gotten otherwise.

Your Ultimate is extremely important and even though by itself it won’t usually win the battle, it can definitely prove to be a horror for your opponent.

The best part about the Ultimate power is that you can place it anywhere on the map, no matter if you have expanded your territory to that point or not. This means that you can even spam your troops right near a tower, bringing in some panic to your opponent’s mind.

You won’t be able to do a lot of damage if you go for this strategy, but sometimes it will be enough to get your opponent lose balance and lose their calm, make a wrong move or a rushed decision and lose the game as a result.

You can also use your Ultimate as instant support for your troops, depending on the situation. Just make sure to use it – and do so as soon as you have the option available.

5. Keep working on those boxes

Try to fill up your loot box slots as fast as possible, because that’s where you will get your resources and cards for upgrading your Pins from – so the more you have and the sooner you get them, the stronger your deck will be.

It doesn’t make much sense to play the game once your slots are filled, unless you want to practice and improve your game. Instead, take a short break from Gears Pop, wait for the time to pass so that you can get those boxes unlocked and play again to fill up empty slots.

Alternately, focus on the Tactical Challenges for some quick rewards (more on that towards the end of this guide).

6. Know what your cards do

It is extremely important to know very well what each of the cards in your deck does. This way, you won’t only be able to build a perfect deck that’s suitable for all scenarios, but you will also be able to use the correct strategy based on what’s happening on the battlefield at any given time.

It’s extremely important to know the advantages and disadvantages of each card in your deck, as well as any potential extra boosts (like the fact that Marcus Fenix captures cover faster than other Pins or that Dominic ‘Dom’ Santiago heals nearby troops).

There are a lot of things to consider when it comes to building the perfect deck in this game and we’ll have an article dedicated to this matter alone, complete with examples of decks.

But until then, you can go for a more DIY approach and build your own super-deck. This will be easier the more time you spend in the game and the higher the Arena ranks that you manage to reach as better Arenas give you access to more cards.

So, when building your deck in Gears Pop, you will have to consider a few important things:

– the cards you have unlocked and, most importantly, their level. Some cards will simply be better than others because you can or have leveled them up a few times
– the cost of the card
– the type of card (melee, cover, support etc)

You should always try to build a balanced cards, with cheaper options available for quick deployment, and only a couple of cards that cost 5 energy or above.

It is true that the more expensive cards are extremely strong, but getting enough energy to deploy them and take full advantage of their power is challenging.

Keep experimenting based on what you have and have in mind that although specialization is important, going to hardcore on this could leave you exposed. This is why I believe that balanced decks that offer a bit of something for any type of situation are better choices.

Every 4 hours, you can win an extra loot box if you win 5 games. Not in a row, just win them and you have the box.

Make sure that you get this box at least once per day – although 2 or even 3 times would be ideal in order to help you progress faster and get more cards ASAP.

Once you have enough copies of the same card, you can level it up and improve its stats. This is what eventually makes the difference: a deck filled with high level cards will always be better than one with level 1 cards – that’s common sense in the end.

However, choosing what type of cards to upgrade is what requires a bit of mastery (and maybe a lot of luck).

Some cards are definitely better than others and you will simply have to ignore most of the cards available in the game as you can only bring 8 into your deck. Check out our Gears Pop Tier List to see which are the best Pins in the game.

This means that focusing on a card that will later on be replaced by another is just a waste of resources: and trust me, even though upgrades appear to be cheap early on in the game, their price goes up very fast and you will simply not afford to have them all leveled up.

Once you reach Arena 2 (and up to Arena 5 afterwards), you start getting options and you should begin to be more selective.

Generally, it’s the rarer cards that will be more important as they deal more damage, so if you have a couple of those already and you can level them up, focus on them. Check out the cards that you can unlock based on the Arena you’re in, and try to plan things out.

If there’s a card that you know you will be using instead of one you already have in the deck, simply ignore the latter until you get the one you want. Focus on what you have and what you are 100% sure you’ll be using long term in order to afford all the important upgrades.

Since every extra resource counts, you should always complete the daily missions – or the Daily Bounties, as they’re called in the game.

The rewards in terms of Gears are usually low here, but you seem to receive a lot of Premium currency for free, making missions extremely important.

The Boot Camp is the place where you will complete some otherwise dull Tactical Challenges. But they will prove to be really useful in the long run, so don’t ignore them!

Not only that you will learn some potentially useful strategies and new things about in-game mechanics, but completing each Tactical Challenge will give you a reward: usually consisting of a ton of resources.

This is a double win in my books, as you learn strategy, practice a bit AND get some resources to build a stronger deck.

12. Check out the Daily Deals to improve your Deck

Don’t forget to tap that Store tab every now and then in order to check the Daily Deals. These are deals that give you fewer or more cards to purchase for regular coins (the higher your level, the more options you will have).

This is an excellent way for you to get more of the cards that you really want to improve and build your ideal deck faster.

On the other hand, the cards are really expensive and you won’t afford to buy too many too often unless you plan to spend some real life money in the game.

But do keep an eye on the Daily Offers and whenever you see something that you really need, take advantage of that in order to improve your game.

This would be, for now, our Gears Pop guide. If you have additional tips for fellow players, don’t hesitate to share them with us below. 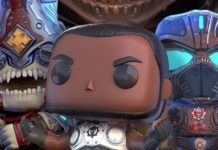 Gears Pop: How to Level Up Fast & How to Unlock All Pins / Characters 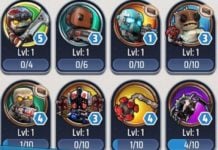