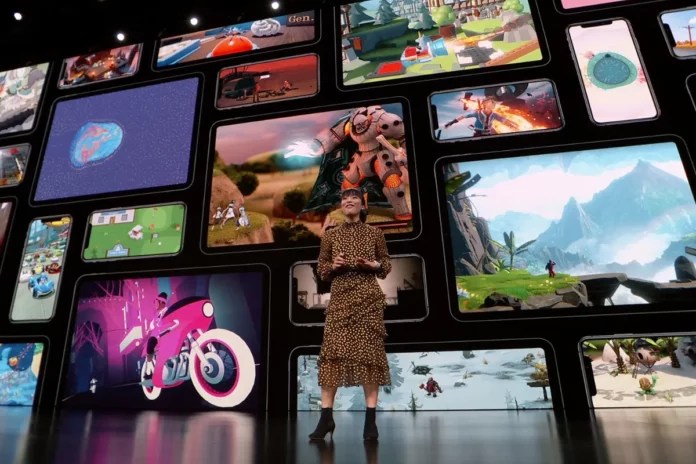 Apple Arcade is a game subscription service that offers unlimited access to a growing collection of over 200 premium games—featuring new releases, award winners, and beloved favorites from all over the Apple App Store. These Apple Arcade games can all be played on iPhone, iPad, iPod touch, Mac, Apple TV, and the best part is, all without ads or in-app purchases!

For the month of April, Apple Arcade has announced five new games coming to the platform:

RELATED: What games are available on Apple Arcade?

These games will join the service alongside the previously announced Gear Club Stradale and the recently released Pocket Build+ that hit on April 1st. These new announcements include one Apple Arcade Original and four App Store Greats. They will roll out from April 8th all the way until April 29th.

The first set of releases arrives on April 8th, the endless runner Sonic Dash+. Sonic Dash+ features players dashing through 3D environments as Sonic and other characters from the series.

On April 15th, Pro Snooker & Pool 2022+ joins Apple Arcade. The non-Arcade Pro Snooker & Pool game has been updated a lot over the years and this is one release that long-time fans have been looking forward to playing. The game also features all of the 3D physics and visuals at 60fps from the original game.

Construction Simulator 2+ has players building their own construction company and taking control of more than 40 vehicles. Also including some overhauled visuals and no in-app purchases, this game also arrives on April 15th.

The gorgeous Prune from Joel McDonald is joining Apple Arcade as an App Store great in the form of Prune+ on April 29th.

Noodlecake’s Moonshot – A Journey Home is an Apple Arcade Original that will be released on April 22nd. The physics-based puzzler features 126 levels across 7 worlds players play as a Moon Pi trying to navigate home.

What do you think of Apple’s newly revealed games for April 2022? Are you as excited as we are? Let us know!