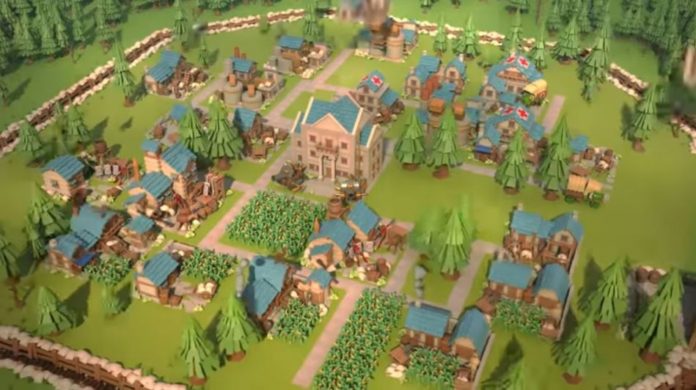 In today’s article we are going to cover all of the best characters in Game of Trenches and tell you exactly how you can acquire them, and also how to skill them up and make them a great addition to your team.

If you played Game of Trenches for a while, you will know that you will need to build a powerful base in order to fend yourself against attackers and also make lots of resources to keep up the troops’ efficiency. Now if you want to learn more about how you can get more powerful in the game, make sure you check out our Game of Trenches guide!

But since you are here to learn more about all the best characters in Game of Trenches, then let’s not waste another second and dive right into them!

Alvin York will have skills that can improve the Infantry Attack, the March Size, Infantry Defense, Infantry Health and also Enemy Attack Debuff. If your troops are formed mostly from Infantry soldiers, then he will be a great asset nonetheless because of all the boosts he gives.

This commander will also boost the Infantry Attack, March Size, Infantry Defense, Infantry Health and give you an Enemy Attack Debuff, but since he is Common rarity, the % increase for each of the boosts is much lower than the one Alvin York gives.

Since this commander here is of Legendary rarity, the boosts he will give to the Aviation troops is much bigger than you can imagine. He is, of course, quite difficult to obtain, but he is amazing once you focus on making mostly aviation troops (if you have him). He will increase March Speed, Aircraft Attack, Aircraft Defense, Aircraft Health and give you an Enemy Attack Debuff.

Now if you spend a lot of your time on the world map gathering resources, this one commander is amazing because he greatly boosts everything that has to do with gathering: Gathering Speed, Gathering March Speed, Troop Load, but also the Field Artillery Defense and Field Artillery Attack, which are some very useful skills I’d have to say.

If you are one of those people who like attacking other players, he will give you quite a big and useful boost in that field! He will increase your Troop Attack, Rally Attack, Troop Defense, Troop Health and March Size. All of these assets will be used when attacking other players’ trenches (or bases – however you want to call it) and they are quite well boosted as well!

Now you know you could also build a lot of tanks and send them on their way! If that is how you plan on focusing your forces mainly on, then Max Mader is a good asset because he will boost the features which affect tanks, such as: Tank Attack, March Size, Tank Defense, Tank Health, and also give you an Enemy Defense Debuff! He will be much easier to obtain since he is only Epic rarity, so it’s quite a good unit in my opinion!

Mary Borden will focus on boosting your Troop Attack and Rally Attack, as well as Troop Defense, Troop Health and March Size. If you want to attack all the players around you or if you are being attacked, she is a good commander which can be obtained easier, because she is only Rare rarity.

Since this is another commander that will boost the tanks, he will be a great asset to your team once you acquire him. He can boost your Tank Attack, March Size, Tank Defense, Tank Health, and also give you an Enemy Defense Debuff, which are all useful. Of course, since he is only Rare rarity he will be easier to obtain than Max Mader who is also boosting the tanks, but his boosts will not be slightly smaller.

Since this commander will mostly focus on gathering, you will benefit from boosts to your Gathering Speed, Field Artillery Defense, Gathering March Speed, Field Artillery Attack and Troop Load. These all will be slightly increased when you get this commander, but since there is a better one (Archduke Friedrich) who is Legendary, this one will be much easier to obtain for sure.

How to get more characters / commanders?

If you want to get more commanders, you will have to collect more items that unlock them, by opening Footlockers. Basically depending on their rarity, these Footlockers will give you various items, which can be either boosts, Commander XP items, or items which you will then use to upgrade and unlock more commanders.

The silver Footlocker will be obtainable through using Silver Keys, which you will get 5 for free daily, at 5 minute intervals. They can also be unlocked by paying 250 Gold, but it’s really not worth it in my opinion.

When you open the Footlockers, you can get, as I mentioned earlier, either boosting items (various speed ups), commander XP items or items which you can use to unlock and upgrade commanders.

Unlock Manfred von Richthofen – The Red Baron by either collecting 10x Legendary Jam Tin Grenades or by purchasing the pack from the Featured tab for real money.

You can upgrade the characters / commanders in various ways! Firstly, you can level them up by tapping on the “+” you see right above their Equipment to add some Commander XP that you get from opening Footlockers. Once they level up, they will gain Skill Points which you can then spend in their Skill Tree to upgrade the various skills that they have.

You can reset their skill points at any time and re-distribute them if you made a mistake!

Secondly, once you leveled up the commander to maximum level available, you can promote them in order to unlock new skills. They can be upgraded by also collecting various items from Footlockers, so you should make sure that you open all of the free ones available every single day!

This would be everything that we know about the Game of Trenches best characters & how to unlock more commanders! Do you have some more extra tips that you would like to share with us about the game’s commanders? Leave them down in the comments section below!

Game of Trenches: Best Characters in the Game