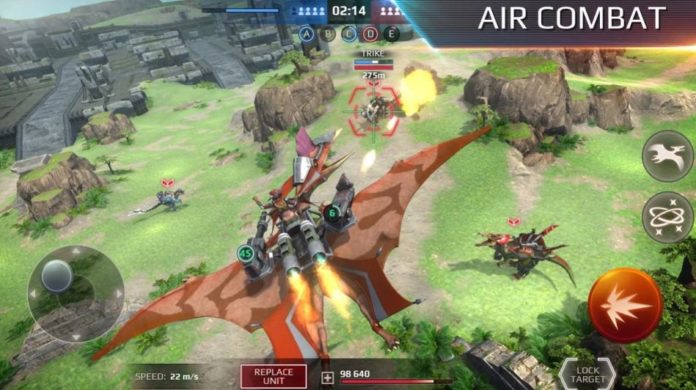 By now you probably noticed that different weapons got different range, and depending on the dinosaur you’re riding, you can make that range hit quite far away. We are going to tell you all about which weapons are the best and which ones you should focus on upgrading.

Of course, you might have different preferences and play styles, so that’s why we are going to go through every single one of them. So, without further ado, here’s our best weapons in Full Metal Monsters:

Rotary Gun: It is a decent starting weapon, with a quick reloading speed, but you shouldn’t stick to this for too long, because there are far better ones. I don’t recommend it. 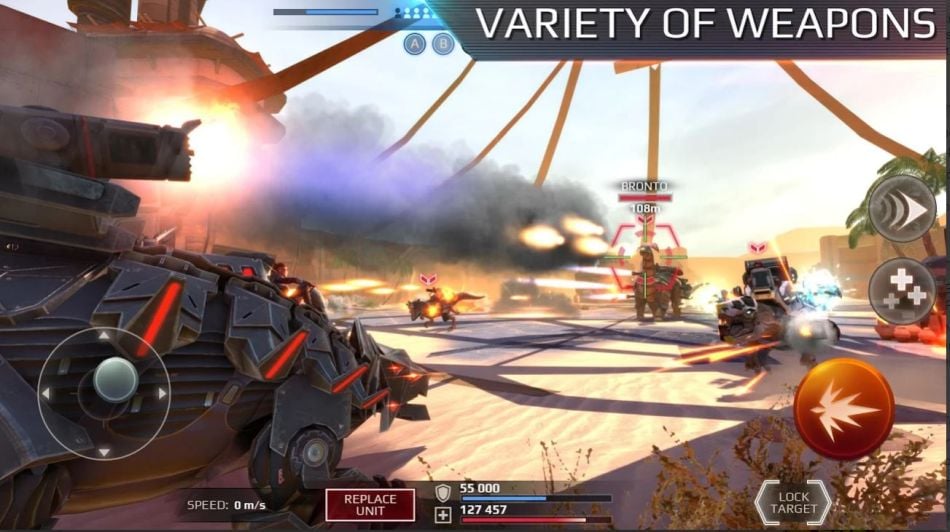 Rocket Launcher: This one does quite a bit of damage, but it has a long reloading time. On the bright side, it does AoE damage (a.k.a. does damage in an area) so you don’t have to hit the target directly. I recommend it for start if you want to play safe and input damage.

Revolver Gun: For the starting weapons, this one is the best in my opinion if you are looking to do lots of DPS (damage per second). Definitely focus on this until you unlock better ones.

Tesla Gun: This little gun is amazing especially if you are fighting tanks or units with energy shield, because it can pierce right through them. The range is average, so I can’t say you have to be in the target’s face to shoot, but it is nowhere as good as the Precision Rifle’s. 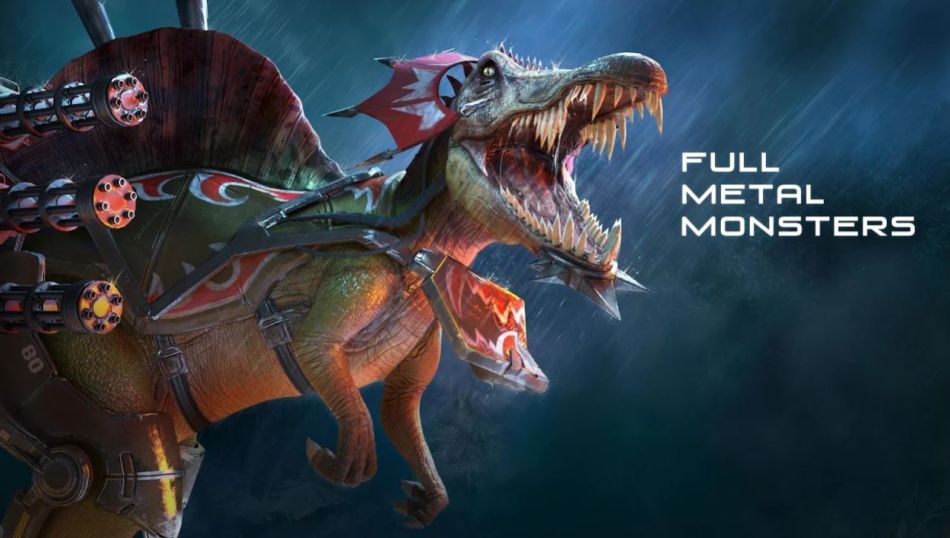 Shell Cannon: If you are playing a tank hero, but still want to do LOTS of damage, this is the weapon for you. It can inflict massive damage, but it is relatively short ranged, so if you can withstand the few hits needed in order to get close to the enemy, this weapon could work wonders.

I suggest only getting it if you plan on getting some tank dinosaurs, else it is a waste of resources.

V-Rocket Launcher: This is another weapon that has been made for the tanks. With an even shorter range than the Shell Cannon, it can do quite a lot of AoE damage. It depends on how your team decides to play, because this is also a very good weapon that I suggest you get only if you got an armored dinosaur.

Coil Gun: It has the same range as the Shell Cannon, but does less damage. It can shred through the energy shield, so it all depends on how you want to play. I personally don’t recommend it. 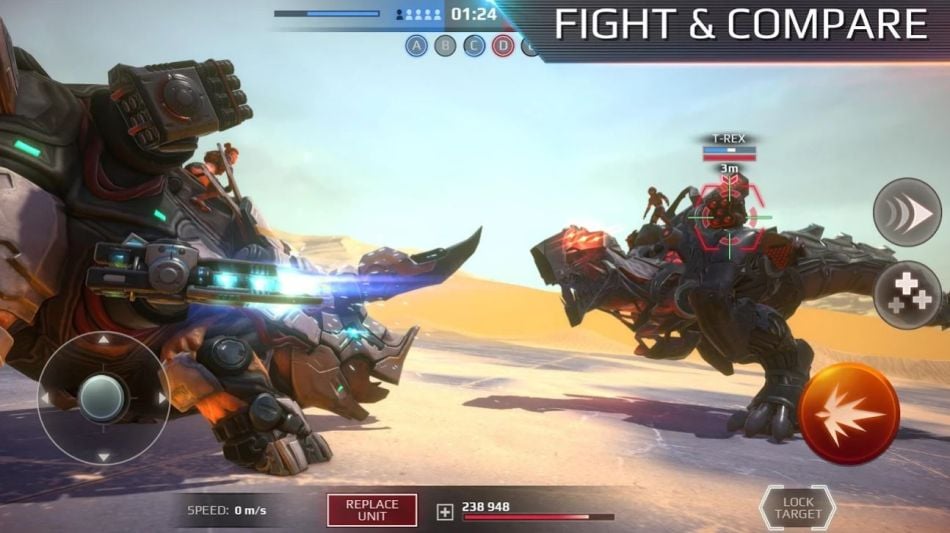 Homing System: Now this is what I like to see in a weapon in Full Metal Monsters! This weapon can launch projectiles which lock on to a target and also do AoE damage. What else could you ask for?

They don’t do quite that much damage, but if you manage to hit all the bullets available, you can wreck the entire enemy team in a matter of seconds if they stay together. Definitely a must buy (and must upgrade)!

Artillery Launcher: Much like the Precision Rifle, this weapon can launch rockets from a huge distance. The projectiles deal AoE damage, so even if they don’t land exactly on the enemy, but next to it, they can still do the damage.

this weapon can work wonders if you know how and when to use it, because it does AoE damage from a distance, so if you practice enough with it and get used to it, you can diminish the enemy troops super quick and easy. 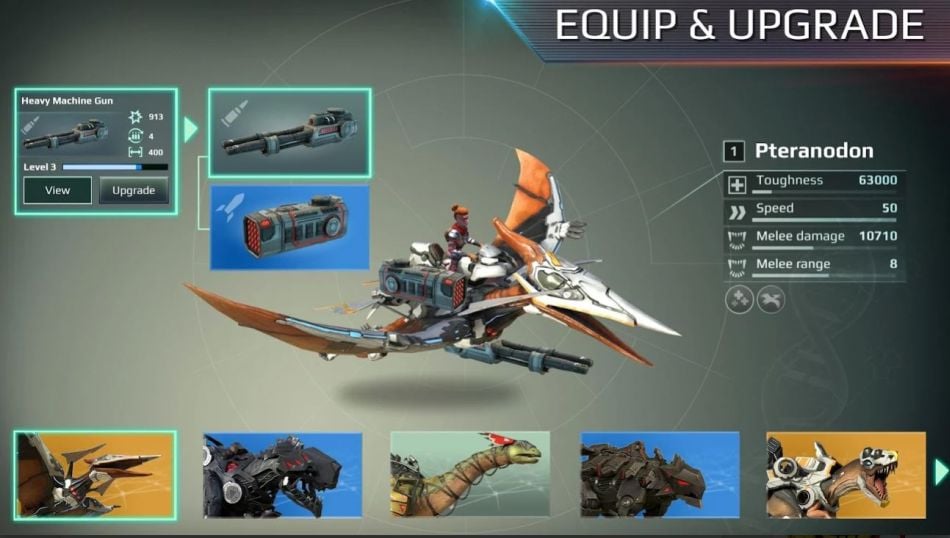 Plasma Rifle: I don’t really like it, but if you want a weapon exactly like the Precision Rifle, but which deals less damage, this is it. The only good thing about it is that it can shoot through the energy shield, but I don’t recommend it otherwise.

Now these are all the weapons in game, and this is my opinion on them. Of course, they need to have a certain synergy with the dinosaurs, in order to unlock their full potential.

Thus being said, you can now go in the game with a much wider knowledge of the game, so if you want to test out different combos, go right for it! And don’t forget to take a look at our game guide to learn a thing or two about the game! 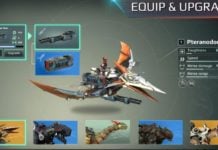 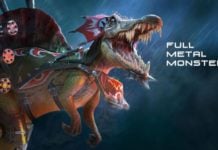