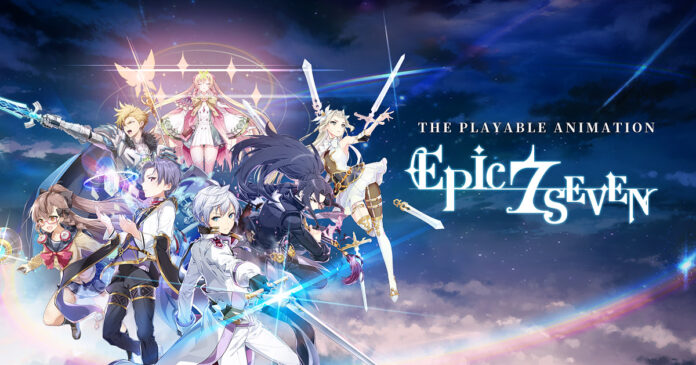 Epic Seven is a very exciting RPG that you can play on Android and IOS devices. This product is published by Smilegate Megaport and there are some rumors about collaborations with Full Metal Alchemist. This anime franchise is very popular and the new collab seems to be very desired by lots of players. So, today we are going to talk about these rumors and the new collaboration between Full Metal Alchemist and Epic Seven.

There is a huge amount of interesting RPGs for mobile devices and Epic Seven is one of them. It seems that this game became quite popular nowadays and it has a lot of players in its community. Also, there are rumors about a collaboration between Full Metal Alchemist and Epic Seven. So, let’s take a closer look at these leaks.

Full Metal Alchemist is a very popular anime franchise with lots of cool characters. Some of these characters will fit Epic Seven perfectly and there will be a huge amount of players who will like to play them.

Dataminers found three interesting audio recordings in the Epic Seven files. These include a couple of phrases that belong to characters like the Fullmetal Alchemist Edward Elric, Flame Alchemist Roy Mustang, and Riza Hawkeye.

These characters are quite popular and there are lots of players who would like to play them. Also, these are just recordings found by Dataminers and there may be more characters from the Fullmetal Alchemist universe in the future if the developers add them.

Epic Seven is a massive RPG and it is great when a game like it receives some collab characters. It makes the character roster more interesting and allows the developers to add some exciting skills.

We will try to inform you about the upcoming updates for Epic Seven and other mobile RPGs. So, you could check our website for new guides that may be interesting for you. Good luck with your adventures and battles in Epic Seven!