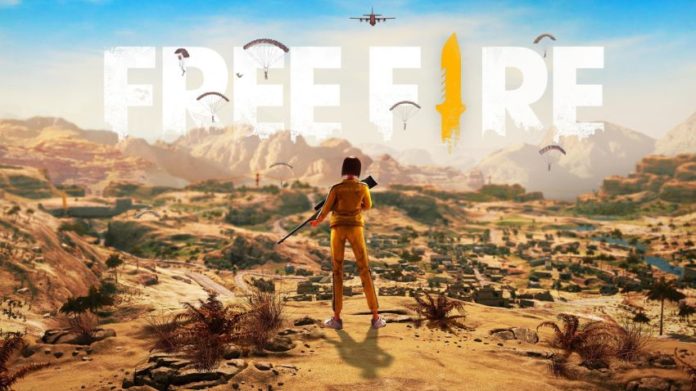 Things are getting more impressive than ever in Free Fire with the latest Wasteland Survivors event infusing the game with a new map, new characters and a whole lot of awesomeness. If you want to make sure that you know everything about this new event, read on!

The Free Fire Wasteland Survivors event brings the apocalypse to the game – and post-apocalypse settings not only rule, but they make the game a lot better. Borderlands-like better, as you can earn your own special skin related to the popular Borderlands RPG. Super!

The Wasteland Survivors event will take players to a ravaged spawn island that will remind you of Borderlands for sure: you have a damaged screen here, a collapsed stage there, debris strewn about… everything will look desolate and bleak and awesome at the same time. The best part? There are plenty of in-game rewards to win!

The most exciting news is that the Free Fire Kalahari desert map will become fully accessible and permanent starting February 28th. Until now, we got a glimpse of the map itself, but it’s great to know that it’s becoming permanent.

We’re also getting a brand new character in Free Fire, Steffie. Check her out below:

We’ll make sure to include her on our list of the best Free Fire characters once we have some play time with her under our belts, but until then, it’s worth knowing that Steffie is a 23-year old Professional Graffiti Artist who appears sassy but is, in reality, a really good person that wants to make the world a better place.

As a result, her skill is that of creating a graffiti wall around her, boosting her defense and the defense of any friendly character within the perimeter. Interesting, but definitely not extremely spectacular – I’m all about offensive play.

But sure, I won’t complain about a new character being introduced to Free Fire, ever!

The Wasteland Survivors Event in Free Fire will also add a bunch of new features and various new game modes and ways for you to earn rewards:

The Cold Steel Mode is brought back starting February 25 and lasting until March 1st, in addition to a shooting map drop taking place from February 26th through March 4th.

You’ll be searching for special Black Skull tokens during the event, to redeem a Borderlands female set which requires the following tokens for each piece:

Finally, there will be other events throughout the end of February and the month of March, like the Bomb Mode which will see teams compete against each other to detonate the bomb, but also an additional Charge-it-up Web Event which will see you compete for various in-game rewards.

Last but not least, an Elite Kelly will be available after completing her awakening missions.

In other words, a great game got a lot better: make sure to check out our Free Fire tips to make sure that you have an advantage in battle and enjoy the new Borderlands themed update in the game.