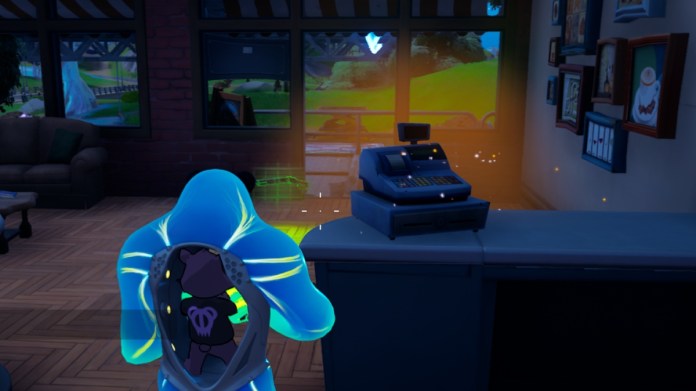 Due to some technical issues, the team at Epic decided it was best to bring the upcoming Fortnite update (v22.10) forward a couple of days. This means players now have some new Chromed Locations, other features have moved, the Bytes Quests are now available, and some exciting items have been added. Check out the guide below to find out all about the Fortnite update 22.10: new chromed locations and more!

Everything New in Fortnite v22.10

The most notable new addition to come with this latest update are the new Chromed Locations. Just like the Reality Tree Roots were spreading last season, it seems like the chrome is now slithering its way around the island. The following locations have been chromed:

Shifty Shafts is now a farmhouse with a corn maze and is called Grim Gables. This location also has the airship from Rave Cave floating to the west. Another landmark seems to be a simple house on the coast north of the temples.

The large gas station is now floating, as is the ice cream parlour at Chrome Crossroads. Slightly smaller changes include Cash Registers that now sparkle– perhaps to help players find ones still full of gold– and NPCs for hire now have a different icon to show that they are available.

This update brought a new weapon, the Cobra DMR, and introduced Holo-Chests which are opened with Keys just like Vaults. Grapple Gloves have been unvaulted and can be found as floor loot, and in chests.

That is all we know about the recent changes in Fortnite Chapter 3 Season 4! Next up, check out how to complete the Bytes Quests this season and get some new pickaxe styles. Good luck.