Home Game Guides Fortnite: How to Hit Opponents While Wolfscent is Active in Fortnitemares 2022 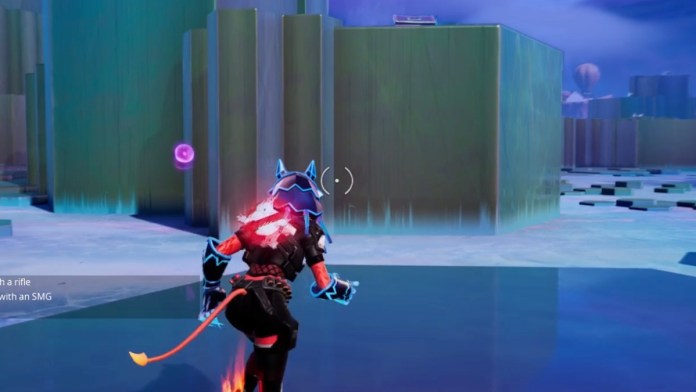 Fortnitemares has begun in Fortnite Chapter 3 Season 4! This Halloween event brings zombies to jump-scare you, a new big boss to fight, spookified locations, and amazing new weapon and features to use. During this 2-week event, players also have exciting quests to complete for Fortnitemares Bonus Goals. One of these quests is to use the new Howler Claws and Wolfscent ability during a match. Find out the best way to achieve this in our guide ‘Fortnite: how to hit opponents while Wolfscent is active in Fortnitemares 2022.

Wolfscent is one of the abilities players obtain when they equip the Howler Claws. These claws can be found either by eliminating a player who has them, or by performing a ritual at any of the Alteration Altars around the map.

Once the Howlers claws are equipped, Wolfscent is active. This ability is active for 20s and then has a 20s cooldown before it can be activated again. When players activate the Wolfscent, the character howls and sends out a pulse of wolfy-energy. This makes the heartbeat of any player in the vicinity show up as a purple orb.

To complete the challenge, players must hit the opponent affected by Wolfscent with the basic Howler Claw slash attack. It cannot be an air slash, or a hit from a pickaxe or other weapon. When another weapon is equipped, the Wolfscent ability goes away.

Related: Fortnite: Where to Find and Use the Alteration Altars in Fortnitemares 2022

The Howler Claws can be used to slash at opponents, at structures, and to perform a dash-slash attack (Air Slash). The Air Slash can be performed only while the player is sprinting by using a double jump action. It is a great way of moving into an enemy’s vicinity, but can also be used to get out of the Storm danger area quickly.

That is all you need to know about completing the Wolfscent challenge in Fortnitemares Bonus Goals 2022. Next up, why not find out what other quests you can complete during Fortnitemares? Good luck!

Fortnite: How to Hit Opponents While Wolfscent is Active in Fortnitemares 2022