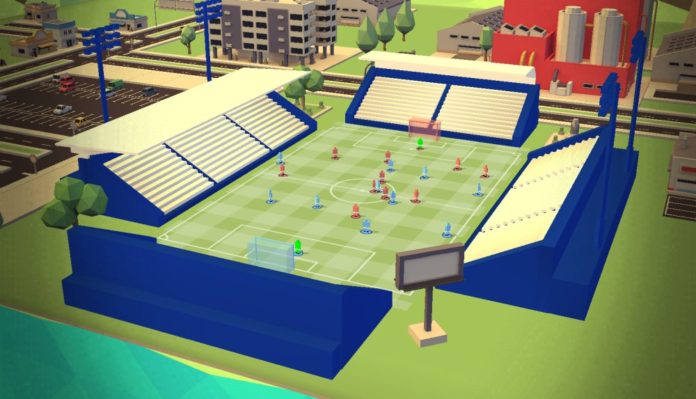 I never thought that there’s a lot of room for innovation or unique approaches when it comes to the football simulation genre, but I was wrong. Footy Ball: Pass Pass Soccer is the living proof of that and I am so happy I was able to get my hands on this gem of a game!

Footy Ball: Pass Pass Soccer reminds me of the old school Sensible World of Soccer a little bit, as well as the traditional Football Manager games, before getting the fancy 3D engine, and while they were still called “Championship Manager“. I think that the best way to describe this new game available for both Android and iOS is by saying it could be the love child of SWOS and Football Manager.

And as if that wouldn’t be enough for a game to be considered amazing & unique, there’s even more thrown into the mix! The control scheme is absolutely perfect for mobile platforms. Instead of the clunky virtual pad, the players are controlled by tapping and swiping over the screen. 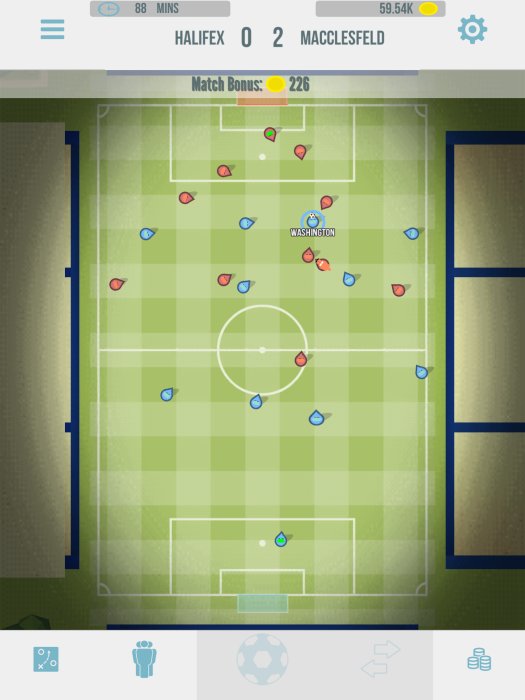 It’s true, this has a downside – the AI controls the running direction of your players and they don’t always choose the route you’d like to, but in most cases they do. And even when they don’t, I just consider it a part of the challenge and an extra bit that makes the game so beautiful.

The controls are very simple: you tap the screen for a speed boost or to try a dribble and you swipe to shoot/pass the ball or tackle in defense. When shooting the ball, the length of your swipe dictates the speed of the ball, while on screen movement can add some nice curves to it in order to give you a better control. Simple, yet extremely effective!

Apart from the main game in which you face other opponents in a league of your choice over multiple seasons, there’s a minor management part involved as well. In Footy Ball: Pass Pass Soccer, you can sell and sign new players, as well as change formation and see various stats (I LOVE stats!) over the years – tons of stats, actually. So great stuff here as well. 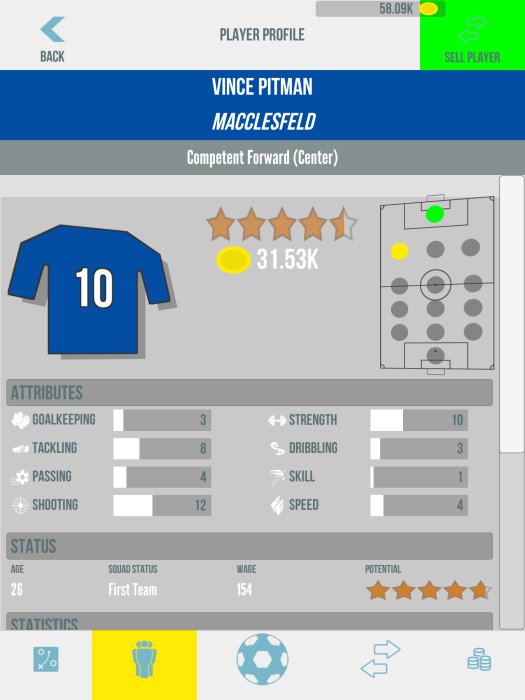 The graphics and overall style of the game is charming indeed. Minimalist and almost impossible to consider OK just from looking at screenshots, the art style is exactly what this game needs and works flawlessly once you personally launch it and see it at work.

The sound is limited and, even though you have the option to turn it off, I recommend you don’t because otherwise you’ll be surprised when half time comes or the full time whistle blows. Yes, the game is so intense that you don’t have time to keep an eye on the clock! 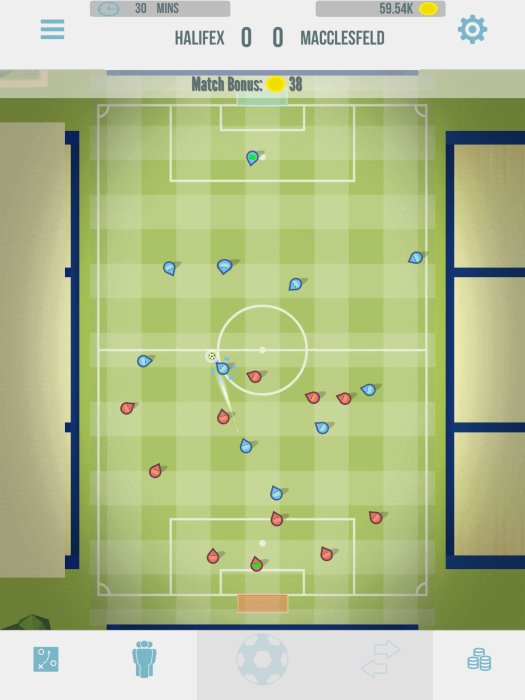 The most surprising part about Footy Ball: Pass Pass Soccer is that it’s a free to play game. You can really get the full experience without paying any money, but progress will be extremely slow – especially when it comes to making enough money to sign better players. However, there’s no real wall to speak of and spending a very small amount for an in-app purchase would reward you with 10 million coins – enough to buy a few amazing new players for your team.

All in all, Footy Ball: Pass Pass Soccer is a surprisingly unique mobile game and comes like a fresh breath of air in an oversaturated market. Simple in concept and controls, yet complex and difficult to master, this is a game that all football fans should try playing right now.

The game is available as a free download on Google Play and the App Store.