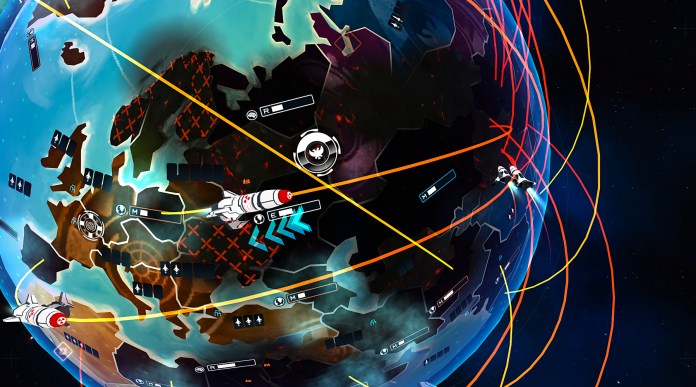 A lot of interesting strategy games have been released in recent times on the App Store, each one of his own set of qualities that make it stand out from the competition. First Strike, developed by Feinheit, is not unlike these games, a strategy game that comes with a set of unique features that will make fans of the genre really happy.

What really makes First Strike stand out is how fast paced the action is. This may seem contradictory, since we’re talking about a strategy game, but it’s really like that. Things really start out quiet before becoming complicated very soon, requiring gamers not only to think ahead but to be always prepared for the worst. A nuclear strike cannot be avoided without any sort of preparation, after all.

In First Strike you will be controlling a super power and you will have to bring all the other countries under your rule before they manage to destroy you. All the actions that can be done in the game, like expanding your territory, build missiles, research and attack, are performed easily thanks to the game’s beautiful interface, probably one of the best I have seen in the genre.

First Strike’s gameplay experience is mostly based around managing time, knowing when and where to start researching missiles and being always ready to defend if needed. What makes this apparently boring experience so exciting is how quickly things evolve in the game. The more you expand your territory, the more difficult it will be to manage your countries. And before you know it, it’s going to end up in nuclear war.

The actual battles are pretty simple, to say the truth. The real strategy element is only present during the management sequences, since battles are won by simply destroying more countries than the opponent. And the only way to do this is by having more missiles. Despite their simplicity, even battles offer enough fun, with entire countries and continents turning red and black on the globe, marking their destruction. It’s almost haunting seeing these countries destroyed by pressing a single button. I cannot help but feel that the team wanted to deliver a message with the game, something that all gamers playing First Strike can easily understand.

First Strike is a really nice strategy game that bases its gameplay experience on time management. Thankfully the experience is so fast paced and exciting that you will not be going through some cooldown times without being able to do nothing, as everything evolves and changes quite quickly. The game’s graphics, while minimalistic, get the job done and the beautiful and functional interface makes the game a real joy to play.