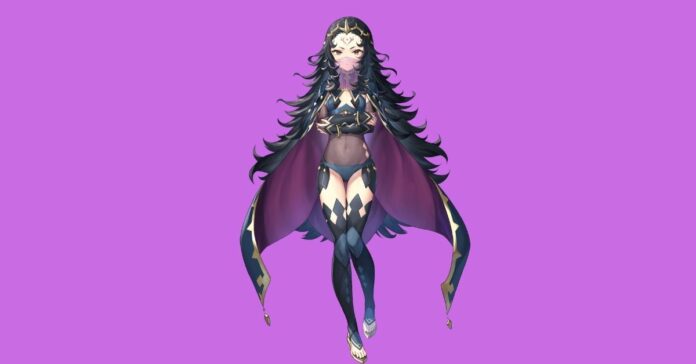 Fire Emblem Heroes is a free-to-play mobile strategy RPG game. Developed by Nintendo for Android and IOS, it allows you to play as a Hero and fight in battles of the legendary Fire Emblem series. This guide will explain to you how to get and play with Nyx.

How to Obtain Nyx in FEH

To obtain Nyx in Fire Emblem Heroes, you need to pull her out from summon. It is not a difficult task as Nyx can be pulled from any summons.

Here are all of Nyx’s skills at 5 stars.

Ginnungagap is a ranged weapon that grants Nyx +3 Spd. At the beginning of combat grants her an additional +6 Atk and Spd if Nyx has 25% HP or more. In cases, Nyx initiated combat, or an enemy uses magic or staff weapon reduces damage by 40% and boosts the damage of next Nyx’s attack based on reduced damage.

Luna makes Nyx treating the opponent’s Def and Res as if they are reduced by 50%. The Cooldown Count is 3.

Spd/Res Solo 4 grants +7 Spd and Res if Nyx doesn’t have any allies nearby.

Best Builds for Nyx in FEH

The best build for Nyx in Fire Emblem Heroes starts from IV choice. Nyx has a high Atk stat, so improving it will greatly affect her performance. Her Def stat is low, so making it even lower won’t be bad for Nyx. The best IV choice is +Atk/-Def.

Nyx has a variety of builds. The general one demands the next skills: Ginnungagap, Draw Back, Glimmer, Atk/Spd Solo 4, Join Drive Atk, Atk/Spd Solo 3, Null Follow-Up 3. This build is great as it maximizes your Atk and Spd, and makes your character tough with your weapon’s special ability. But, if you want to kill your enemies with their damage, we recommend the next build: Ginnungagap, Draw Back, Miracle, Life and Death 4, Time’s Pulse 3, Life and Death 3, Null Follow-Up 3. This build is based on Miracle and minimization of Nyx’s Def stat. The Miracle is an ability that helps you to survive an enemy’s attack and kill it with your weapon’s ability.