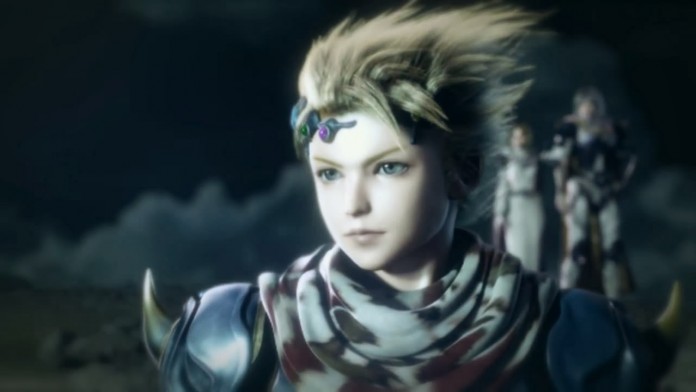 The release of a Final Fantasy game is always an event in the gaming world, even when it’s just a simple port or remake. The series is one of the most popular role playing franchises in the West and, as such, each release is always met with enthusiasm by a lot of gamers.

While developing brand new titles, launching in the future on home console, Square Enix has also been releasing some updated ports of older Final Fantasy games. Final Fantasy III, IV and V are all available on the App Store, sporting some enhancements over their original releases.

The release of Final Fantasy IV: The After Years is somewhat different from all other re-releases. The iOS version of the game is a brand new remake that’s not available on other gaming platforms, a first for the company.

Final Fantasy IV: The After Years on iOS features some brand new 3D graphics, making the game look like the Final Fantasy III and Final Fantasy IV remakes. The new graphical look is actually the only new feature not available on the Wii and PSP versions, aside from touch controls.

Final Fantasy IV: The After Years begins some years after the ending of Final Fantasy IV. All the playable cast from the first game is back to save the world once again, joined by a handful of new characters like Ceodore, Cecil and Rosa’s son, and Luca, King Giott’s daughter. The game is divided into different chapter where the narration is centered around one main character. The final chapters of the game bring the whole cast together as they try to save the world once again.

Not having received any new event scenes or script revisions, The After Years’ story for the iOS version is unchanged and just as mediocre as before. The new characters are not interesting at all, lacking any real development. The same goes for the old ones, who behave just as you’d expect. The story is standard fare, featuring many situations that were already present in Final Fantasy IV. This make the story quite predictable and at times really boring.

Despite the modern graphical look, The After Years plays like an old school role playing, for better or worse. The game’s difficulty level has been left untouched from the other versions of the game, with a high amount of grinding required to be able to defeat regular enemies and bosses. All the grinding is rendered often pointless by the fact that many of the characters met in each chapter will not be available in the final chapter, a problem the classic Final Fantasy IV also has. It’s actually quite easy to predict who’s not going to come back, though, so it’s not too big of a problem.

The After Years’ battle system is the same one found in Final Fantasy IV, allowing you to use regular attacks, special abilities and items when each character turn comes. One new feature not found in Final Fantasy IV is the Band option, allowing two or more characters to use a powerful combination attack in battle. It’s a nice extra feature that doesn’t really add much to the game but it can still be useful in certain situations.

Exploration, unfortunately, is very dull, especially if you have played Final Fantasy IV to death. Almost all the locations and dungeons are taken from the previous game, with only a few locations being completely new. Things improve a bit in the later chapters when these new locations become available.

Final Fantasy IV: The After Years is a really strange game. Behind the modern graphical look lies an old school role playing game, with all its good and bad features. I can only recommend the game to all those who have loved Final Fantasy IV since the game offers some extra story for all the characters, albeit small and not deeply developed. Gamers who have never played the original game will enjoy it quite less, finding it quite frustrating at times due to the high difficulty level.