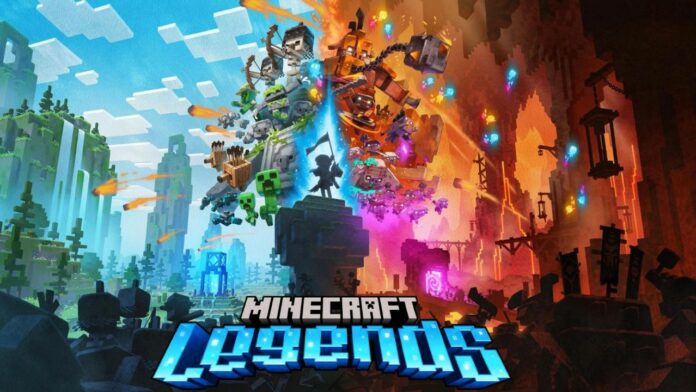 The cubic sandbox, bought by Microsoft for $2 billion, from time to time receives new genres related to this universe that differ from the original game. The release date of Minecraft Legends, announced by the developers at the Xbox Showcase conference in the summer of 2022, has become known. So when will the Minecraft strategy be released and on which platforms can we play it?

The release will take place in 2023. But take into account that developers have no experience in this genre. A powerful strategic component, coupled with large-scale battles, will offer gamers a new and unique experience. According to the plot of the story, in a calm and prosperous little world where the inhabitants live without conflicts and fights, a portal to the other world suddenly appears.

After its discovery, dangerous monsters began to penetrate from a parallel dimension, spreading fear and horror to the population. Only an experienced strategist who unites troops and commands them in battles can cope with the misfortune. The visual style reminds of the original game. As the authors said themselves, they are not going to change the ususal visual component.

The gameplay will include the construction and extraction of resources to be used for the needs of the army. Then you have to build the base, craft items and equipment, and also hire troops. They will try do make the balance of the game cool enough to diversify the gameplay.

The list of announced platforms includes PC, consoles from MS and Sony, as well as Nintendo Switch. Owners of an active Game Pass subscription will be able to try out the work on the day of release.

This is everything we can tell you about Minecraft Legends as of today! Write in the comments below if you are waiting for this game.

Everything We Know About Minecraft Legends: Release Date, Platforms, and More