Home Game Guides Everything New in the Solar Smash 1.8.5 Update 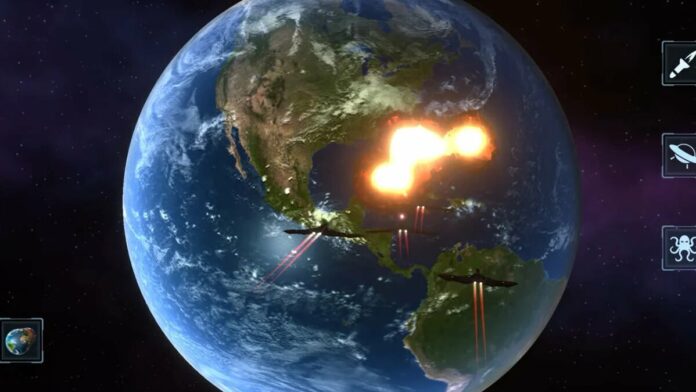 The best planet destruction simulator, Solar Smash, has recently been updated! The galactic sandbox game is free to play and so easy to learn, there is no real need for a tutorial. Players have a number of different planets to destroy with a variety of weapons, and the fun is finding out all the ways to smash them to pieces! Find out below all about everything new in the Solar Smash 1.8.5 update.

Everything New in Solar Smash 1.8.5 Update

This latest update arrived at the end of July 2022, and brought a bunch of cool new features to play with. Included in the update are the following:

Related: How to Use Locusts in Solar Smash

The new planets are Tatenen, Avalon, and a Ring Planet. The secret planet can be unlocked by going to Mars then shooting at least 10 UFOs (alien ships) at the Sun. We won’t spoil what the secret planet is in this guide- you will have to unlock it and find out for yourself!

The shockwave and debris effects are a great addition, and give that extra but of drama when you are firing stuff at planets! The new toggleable country borders when using Earth are also a nice touch.

Related: How to Get Order 66 in Solar Smash

That is everything included in the 1.8.5 update for Solar Smash! Let us know what your favourite feature is, and what weapon you like to use the most. Happy planet smashing!