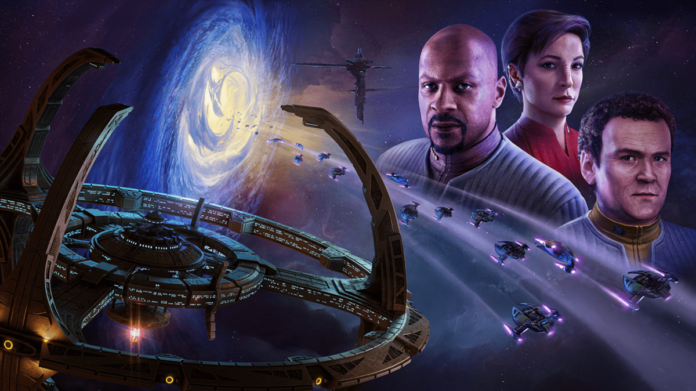 Star Trek: Fleet Command is bringing players a new update full of exciting new stories, missions, officers and features. Check out our guide below to find out everything new in Deep Space 9 Arc 1: Star Fleet Command.

This latest update brings us new stories and missions based on the story of Terok Nor, and 3 new officers. These new officers are:

There will also be a new co-op feature – The Alliance Starbase. This new feature will allow Alliances to combine their efforts and build a huge space station that will harvest Plasma.

The update also brings new refits all of which increase base mitigation stats by +200%. These are the Salavaged Augur, Salvaged USS Enterprise, and the Salvaged D4.

10 new core missions, 15 side missions, and 5 missions involving the new Alliance Starbase are also being added. These missions and stories will delve deep into the stories of Kira, O’Brien, and the rest of the DS9 crew. 19 new Bajor systems will contain Cardassian stations which can be defeated in order to build and upgrade the Alliance Starbase.

Those are the main additions to get excited about with this new update, but there is so much more including new frames and avatars, and bug fixes some of you will no doubt have been waiting for! Jump in to Star Trek: Fleet Command now to begin your DS9 adventure. Find out more information at Star Trek Fleet Command. Good luck!