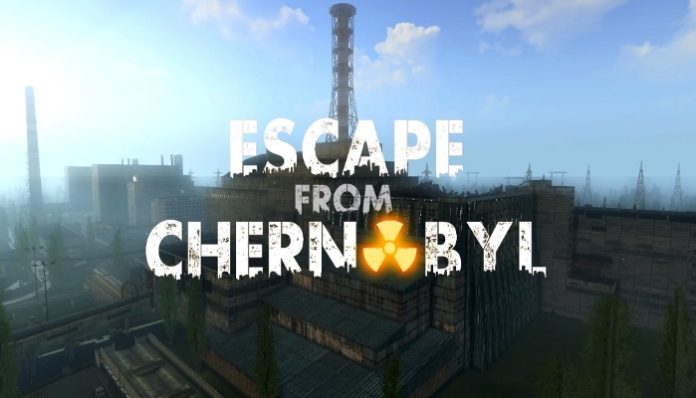 After a thunderous crash emanating from the sky, you wake up in the ruins of the infamous Chernobyl power plant. You last recall activating the Prypiat main tower, and your partner Lauren heading to the other side of the complex. With only a few clues scattered about, you set out to find Lauren.

After waking up in a deep crater somewhere in Chernobyl, the player is free to start exploring. You have your typical actions: sprint, jump, and crouch. And since this is a power plant we’re talking about, there’s also a geiger counter and a radiation meter in addition to your regular health meter. 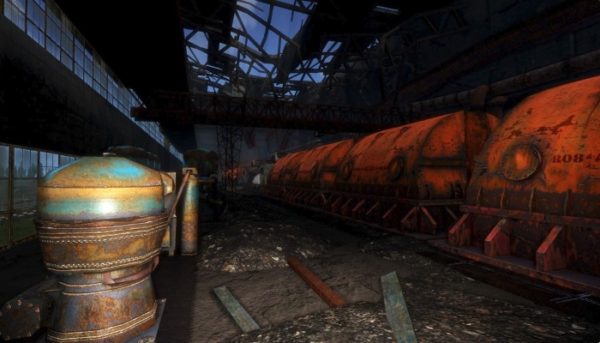 Approaching certain areas while exploring Chernobyl will inflict you with radiation, and you will need to keep a close eye on your accumulated radiation. Too much and you will start to lose health, eventually leading to death if left untreated.

You will need to scavenge for supplies to keep yourself healthy. Stay on the lookout for items like Radiation Pills, Bandages, Medical Kits, and so forth. You can even craft jerryrigged items by using the materials left behind, but they won’t be as effective as the real ones.

You are not alone. Many have gotten trapped in in Chernobyl’s ruins, and because of the intense radiation they are mere husks of a human being. Zombies are your main threat in Escape from Chernobyl, and this is where a few problems come in. 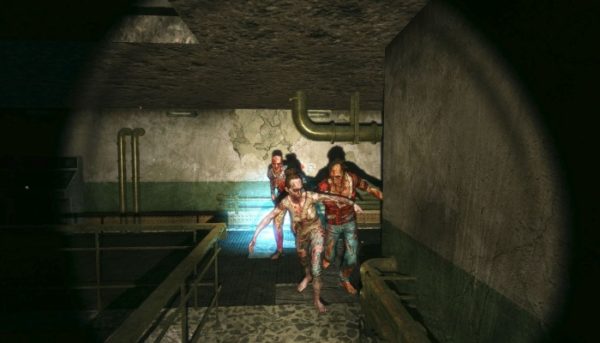 The basic zombie will simply run up and swipe at you once they detect you. You can sneak up on them by crouching and moving slowly, and this is the key to conserving your weapons and ammo. There will be times that zombies get the jump on you though, so be prepared. Unfortunately Escape from Chernobyl‘s basic combat is pretty flimsy.

Sometimes your attacks won’t connect properly even though it looked like they should have. You will often take damage simply from a zombie running up to you, without their attacking animation playing. Even when a zombie dies, the crazy physics engine will make their corpse get stuck in the ground and start shaking violently.

This is why we recommend sticking to guns as much as possible, but ammo is pretty scarce, and inventory management is a bit of a slog. The amount of inventory slots you have available is governed by your current clothing; for example a pair of construction pants will have more pockets than a regular pair of jeans. 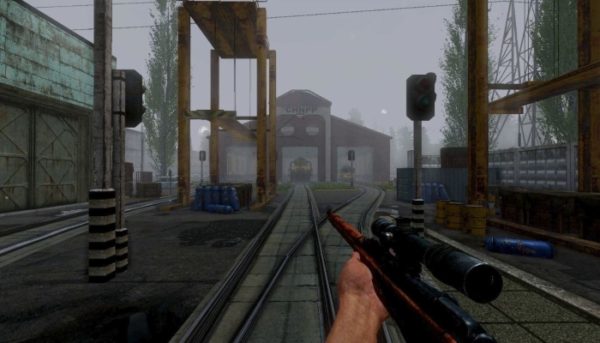 However, when you find new gear lying around, things get a little messy if you have full pockets. First you need to drop your currently equipped article of clothing, which will then cause all of the items you had in it to spill out on the floor. Then you need to pick up and equip the new clothing, and pick everything back up.

It’s a little sloppy, and due to the naturally cramped corridors of Chernobyl it makes it a bit worse, but it’s not too bad after you get used to it. But the sluggish inventory management coupled with somewhat unstable fighting mechanics leads to somewhat lackluster combat.

Even if a zombie gets the better of you and you die, you simply get booted back to the last checkpoint autosave which happens very frequently. With death being a simple slap on the wrist, Escape from Chernobyl feels less like a survival game and more like an adventure game, and we enjoyed it much more that way.

Thankfully though, exploring Chernobyl itself is a treat in and of itself. The background ambiance is a bit too loud by default, so be sure to turn it down a notch and then you’ll have the perfect environment for exploring a spooky power plant. The eerie clanking of Chernobyl’s long forgotten facilities and quiet clicking of your geiger counter mixes into an unforgettable experience.

The journey of following in Lauren’s footsteps as she pieces the mystery of Chernobyl together is quite interesting as well. You will find logs left behind by her in an attempt to guide you out of this nightmare alive. Escape from Chernobyl is a fairly linear experience with objective markers, so you will come across most of these logs naturally.

Escape from Chernobyl runs at a buttery smooth 60 FPS on new devices and it also looks fantastic. While the sound and UI are a bit lacking in the presentation, all other technical aspects of the game are great. The game is 4.99 USD, but there are no in-game microtransactions.

You can experience the eerie ruins of Chernobyl for yourself by grabbing the game off the iOS App Store.