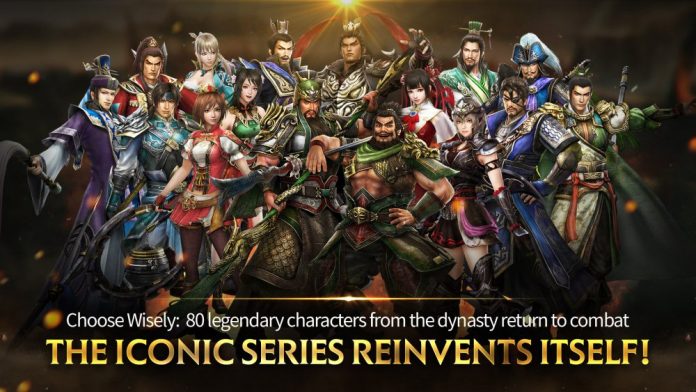 The better your hero, the better the overall stats and the longer you’ll survive in battle, so this guide will share with you all the methods that we know of that will help you get your 5 and 6 star Heroes aka Officers in the game. So let’s not waste a single second and let’s check out this guide below!

1. There are multiple ways of getting more characters in Dynasty Warriors: Unleashed and if you play hard and long enough, you will eventually increase the rank of your existing officers to 5 stars or 6. But in order to do that, the main thing you need to do is to collect high star officers to start with. The easiest methods are:

– complete the daily login missions and get the 4-star character that’s being rewarded. At the moment of writing this article, it’s a 4 star – but things will most likely change in the future Guan YinPing
– buy the Magical Edict from the market. It costs a whooping 3,000 Ingots, but it gives you 10 heroes and Guarantees a 4-star hero, but you will most likely get a 5 Star one as well. So keep hoarding ingots and spend them on nothing else but the Magical Edict.

2. Get Free Draws
Although you will not normally get high star heroes from these free draws, you will get extra Officers and that helps a lot: you have the Bronze Edict which you can collect 5 times per day for free and the Golden Edict which gives you at least a 3 star Officer once per day. In other words, you get a guaranteed 6 Officers FOR FREE from these simple daily draws!

3. Join a Guild
It’s extremely important to join an active guild with many members who donate. Doing so (and donating yourself) will unlock new reward chests from the guild and give you special currency that can be used in the Guild’s shop to get new Officers. These are low star ones – from one to 3 stars, but they can be used to improve your existing officers, so all of them matter.

4. Special Events
There are all sorts of special events running in the game and changing constantly, but many of them will reward you with free Officers or will make it easy for you to get extra ones. From rewards that you get for reaching a certain level to rewards for competing in the Arena or progressing through the campaign, these special events will always offer you a chance for extra officers, so make sure you take advantage of them before the time expires.

5. Complete all quests
We have Daily and Weekly quests and completing them will reward us with chests filled with goodies, but also Ingots every now and then which should be hoarded in order to purchase the Magical Edict. Make sure you complete all quests and getting new officers will be a lot easier.

6. Upgrade your Officers
Getting a 5 star character in Dynasty Warriors: Unleashed is welcome, but won’t always happen. Instead, you can simply level up and increase the star rating of your Heroes by training them and then Promoting them. You need to max level your Officers and that requires a lot of resources, but you will get there… eventually. So focus on a favorite Hero, get them to 5-6 stars, then move to a new one. It won’t be an easy ride, but it will surely be fun!

Who’s the best officer in the game?

As you probably know by now, a 6 star officer is always (or at least usually) much better than any other officer of a lower star rating. However, things get a bit more difficult when we’re talking about characters of the same star rating, mainly because of two things: the type of the officer (red, blue or green) and what skills they have.

This means that we can’t really decide who is the best officer in Dynasty Warriors: Unleashed, but I also don’t think it will be too soon that you’ll have nothing but 5 star officers and above to be able to really tell. So until that happens, take advantage of the higher star rating ones that you have and play them as crazy!

So this would be our guide on getting 6 star Officers in Dynasty Warriors: Unleashed. If you have more tips and tricks to share with us, don’t hesitate to comment below! 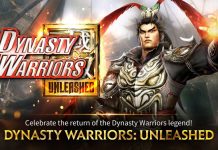