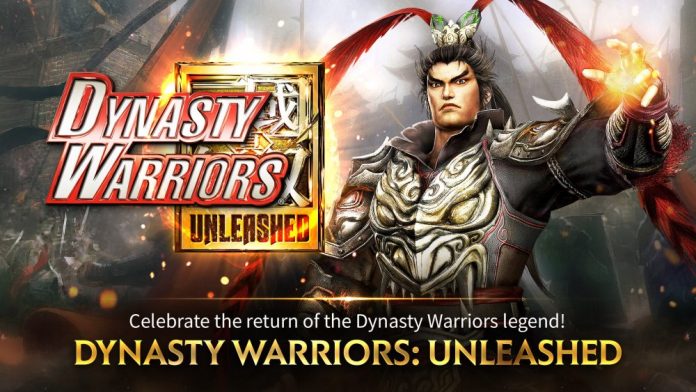 Dynasty Warriors: Unleashed has been finally launched worldwide after spending a bit of time in soft launch. We’ve been playing the game for a while and we’re loving it so far. We’re here to share with you some Dynasty Warriors: Unleashed cheats and tips in order to make sure that you enjoy this action RPG as much as we do and that you get the most out of it ASAP. Because, yes, there’s more about it than mindless non stop action (although, boy, we love that!)

So without further ado, let’s check out below some Dynasty Warriors: Unleashed tips and tricks in our complete strategy guide for getting the most out of the game, understanding its basic mechanics and getting more heroes.

So make sure to at least log in to the game each day and collect your rewards even if you don’t have time to play. But if you manage to play and complete the quests as well, it’s all better because you get even more items!

2. Look for shiny items
When in battles, I know that it’s all pretty intense and insane, but try to keep your eyes open for shiny objects. Attacking these will reveal some items you can collect which will reward you with different bonuses during combat, for a limited amount of time. Since they’re only working for a set amount of time, it’s best to leave these items for when facing Bosses. (but don’t leave them behind: if you leave an area, you can’t return, so it’s best to get the item anyway!)

3. It’s all about grinding
Dynasty Warriors: Unleashed is a game where grinding is all that matters. You have to play missions over and over again in order to level up your Officers, collect equipment and items in order to make them even better. This is extremely fun for some, but it’s unfortunately time consuming as well. However, Nexon has come to our help in this case to make grinding easier. Here’s what you should do:

Use auto combat! It’s not as fun as playing the game yourself, but it’s extremely useful for when you don’t have time to play. Simply start a mission, hit the auto button and mind your own business. The AI does a pretty decent job at grinding so as long as you have solid Officers, you will easily win your battles and the rewards that come with them. So use this often and you’ll have a lot to gain, while progress will be much faster.

4. Bring friends into battle
…and don’t forget to use them! In most cases, you will not really need them in order to complete a battle but they will usually come in handy. The good thing is that you don’t really need to add them as friends – you can select anybody from the list of players. Just tap their portray while in battle and they will offer you a helping hand for a limited time. Therefore, use them when dealing with difficult bosses or when you’re extremely outnumbered.

5. Upgrade everything constantly
Everything in this game can and should be upgraded, from items you bring into battle to Officers themselves. Even though at first everything seems a bit chaotic and the number of items overwhelming, pretty soon you will have a solid understanding of things and that’s when you should start upgrading your weapons, items and officers.

When it comes to Weapons and Armor, you will first have to Refine an item and have it reach the maximum level. Then, you can upgrade it with various Gems which increase its stats even more, or Combine it with a similar item (same star rating, maximum level). My recommendation is to use the Gems with the higher star items in order to get the most from them.

6. Focus on defeating Bosses
When in battle, it doesn’t hurt at all to focus on defeating the Bosses when present. Defeating a Boss usually ends the stage (or part of the stage) no matter how many other regular soldiers are left on the battlefield. And since one of the requirements for getting the 3 star rewards in the game is to complete battles in under 3 minutes, this helps a lot.

Pro tip: Don’t forget that you can still move your character even after activating a super skill, so make sure you’re always aimed in the right direction.

7. Join a guild and Donate!
As soon as you have the option, join a guild! Then make sure that you’re in an active guild with many (ideally maximum number of) members. Once in the guild, you can use the guild donation daily in order to unlock new rewards, then open chest based on the amount of donations in the guild and spend the earnings in the Guild market where you can get free Weapons, Armor and even 1-3 star Officers!

8. Don’t forget the items in your inventory!
Always keep an eye on your inventory and especially the “Other” tab there since you can have all sorts of goodies hidden there: from Baozi that give you 4 free action points when consumed, to Gem Bags, XP pouches and more. Use them when needed!

9. How to get more Officers
We’ll have an article dedicated to this, but until then, I have a few quick tips to share with you. Grinding is extremely important in the game, as it will reward you with new Officers. You can use these Officers to level up your existing ones and eventually, if you’re patient or active enough, you’ll increase their star count as well.

You should also buy packs from the market – save to get the Magical Edict which gives you 11 officers and one guaranteed 4-star officer, but you could also score a 5 star one. It’s true, it’s expensive, but currently there is a level-up event that rewards you with a ton of Premium currency if you reach certain levels, so take advantage of that. You’re also rewarded Premium Currency pretty often during the game, so just be patient until you have enough to get the Magical Effect pack.

This is all that we have for now in our Dynasty Warriors: Unleashed tips and tricks article. If you have other suggestions for fellow players, don’t hesitate to share your strategies with us in the comment section below. 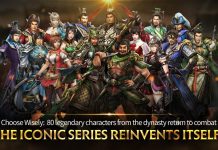